First Affect– The Stronger Affect– 80,000 Bitcoin Investors around the world have lost the status of Millionaire. 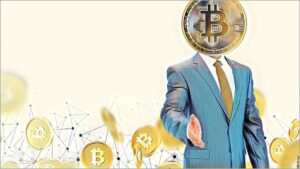 The value of bitcoin as of date is struggling to be above $20,000, resulting in massive loss for investors. According to the reports, it is suggested that approximately 75% of the Bitcoin owners who were coined as Crypto Millionaires have lost their status of Millionaire.

On Nov 12, just after a few days when Bitcoin hit its all time high, a total of 108,886 bitcoin holders had a balance greater than $1 Million, according to the reports. When we consider today’s stats, the plummeting price of bitcoin has made sure that, bitcoin holders around 26,284 are the only ones who are able to contain their holdings above $1 Million. The dramatic decline also impacted the number of crypto whales which dropped from 10,587 addresses to just 4,372, a decline of 58%.

Other Affect– The Positive Affect – The bitcoin holders have actually increased during the plummeting market.

The bear market which influenced the down fall of bitcoin, has considerably also influenced the people to invest in bitcoin for the first time. According to the reports, the bearish market has influenced 13,000 new investors to invest in bitcoin. The total Wholecoiners ( A wallet having one or more bitcoins) have increased to over 860,000. The spike in the wholecoiners certainly proves that retail investors for bitcoin are on the rise at a rapid speed.

Adding to the narration, In the last 20 days, more than 250,000 addresses have increased their holdings by at least 0.1 BTC, or $2,000 at the time of writing, according to Glassnode data.

Even though, bitcoin has been seriously impacted by the bearish market, the news of a rise in the Wholecoiners is heartening and comes in as a ray of hope for the ever-plummeting market. The rise in the bitcoin holdings certainly has the capability to instigate the revival of the market back to normalcy. The factor to consider here is also, the amount of existing bitcoiners who are selling their investments due to the current market situation. Even then, the spike in the new investors is a positive sign for sure.