Crayon, a market intelligence company based in Boston, Massachusetts, raised an amount of $22 million in series B funding. The round was led by Baird Capital. The proceeds from the funding will be pooled into expanding the reach of the company and widening its horizons, while also polishing and enhancing its sales, marketing, and engineering teams. 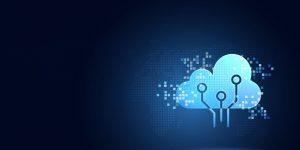 Crayon marked its beginning in 2014. The founders of the company, John Osborne and Jonah Lopin, met in 2007, and it was their joint efforts and fresh ideas that took the shape of this market intelligence platform, rocketing towards commendable growth.

The core focus of Crayon is competitive intelligence. Competitive intelligence is a major factor that has the potential to impact the revenue of the company. While at the same time, it lacks a proper process or mode of action. The reason being that competitive intelligence processes are mostly based on research and performed by humans and predominantly human-driven. This considerably contributes to the level of sloth, leading to a market lag, thereby losing the potential impact. Added to this is the fact that the insights which theoretically hold a lot of worth and significance, are expensive to generate. Also, the time gap strips them of their significance in the long run.

This is where Crayon comes in. It equips enterprises and organizations with the ability to effectively comprehend and respond to changes in the market, thereby enhancing business execution and decision-making. In short, it provides a complete and holistic perspective, helping the businesses to nurture their sales and revenues.

Crayon’s platform facilitates the tracking of pricing, customer reviews, and other intelligence by referring to over 46,000 data points spread across a multitude of sources. Artificial Intelligence working in sync with human review helps in highlighting the major trends and updates, while the analytics tools facilitate data filter according to respective categories.

In a rapidly changing business environment what the platform does is canceling out the unwanted noise, thereby helping the customers to gain better clarity. The key idea is prioritization so that the customers never miss an important update which can prove to be critical to their business.

Crayon’s major customers include Discover, Gong, Intuit, SurveyMonkey, Zendesk, and ZoomInfo. It holds the record of having about 33,000 users across a total of 500 customers.