Wealthsimple raises $610 million at a valuation of $4 billion

Wealthsimple Inc., a Canadian online investment management service focused on millennials, raised a new round of $750 million CAD at a post-money valuation of $5 billion CAD. In this round of fundraising, the effort was primarily led by Meritech and Greylock, and also includes funding from Sagard and Redpoint, Inovia, TCV, and Two Sigma Ventures. Other individual investors include renowned Canadian celebrities, such as rapper Drake, and actors Ryan Gosling and Michael J. Fox.

This latest round will now increase Wealthsimple’s valuation by threefold. In the previous round, the funding result was $114 million CAD, and was announced in October of last year. The company, which is based in Toronto, has been at the forefront when it comes to democratising financial products for consumers. Its primary services include crypto-asset sales, stock trading, and safely ensuring peer-to-peer money transfers. 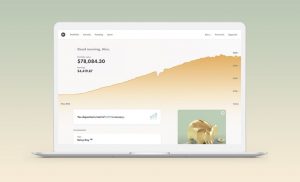 According to a spokesperson from the company, significant growth was experienced during the pandemic, which might be a reason why its valuation increased by such a large amount between its most recent raise and this one. Over the course of the past 14 months, its platform – which is based largely on the concept of commission-free retail investment – has grown rapidly. Furthermore, last August, their crypto trading platform was launched. This has also expanded significantly due to a recent increase in consumer interest in cryptocurrency assets.

Last year proved to be busy for Wealthsimple, as it also soft-launched Wealthsimple Cash,  its P2P money transfer app, which was made available to all Canadians in March. While the app shares many features with Venmo or Square’s Cash app, neither of those were available to Canadians until now. Wealthsimple Cash has been lauded for being user-friendly and different from other crypto and stock trading platforms. This has allowed the company to unlock significant pent-up demand in the market. resulting in a rapid uptake of its services.

With the amount received from the most recent round of funding, Wealthsimple plans to grow its team, work on its product suite, and expand its position and share in the market. The company is also offering investment products and automated savings, with its founding being derived from robo-adviser tools. It will also provide tax filing tools, and has even indicated that it has the desire and ability to expand its offerings to encompass even more of its customer’s financial lives when committed with fresh resources to do so.

As of now, as stated by the company, the number of users exceeded 1.5 million. Moreover, there are more than $10 billion in assets under management as of the last publicly available data.