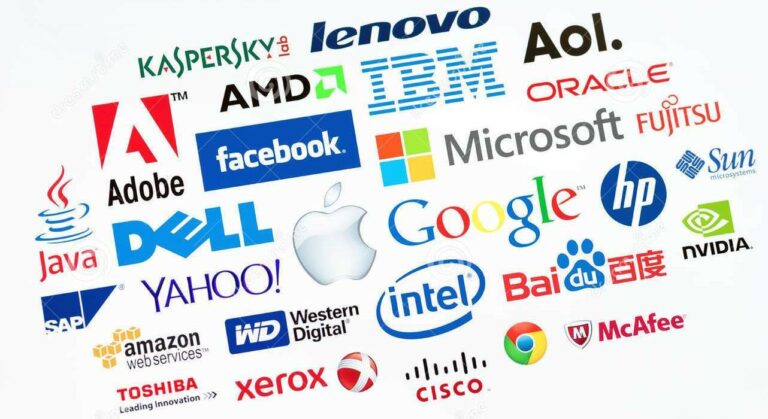 High inflation rates caused by the Russian special military operation in Ukraine and aggressive interest rate hikes followed by central banks across the globe have severely impacted the financials of tech giants in the United States. As inflation and interest rates skyrocketed, customers and consumers began spending less, which resulted in the drying up of revenue streams for the tech giants.

To cut costs and save up revenue, tech companies are resorting to large-scale lay-off and asking employees to leave the companies voluntarily. Several tech companies have also decided to shut down many subsidiary businesses.

All these reactions by tech companies pushed down the confidence of investors and traders in tech stocks. Unfavorable performance posted by tech startups also was viewed as a red flag by investors.

Major tech giants based in the United States suffered huge losses in stock markets over the last 12 months. All these factors resulted in the decline of market value for multinational IT companies.

Now we will analyze the performance of major US tech companies in stock markets.

The multinational tech company, Apple Inc, based in Cupertino, California, managed to avoid huge losses from a highly volatile macroeconomic environment. An increase in revenue and income from iPhone sales and related services helped the company stay strong financially.

The American IT giant based in Redmond, Washington, witnessed its market capitalization go below 2 trillion dollars, despite an annual increase in revenue and earnings. Microsoft which was valued at 2.5 trillion dollars at the end of Q4 of 2021 is currently valued at 1.84 trillion dollars.

Alphabet Inc, the parent company of Google, suffered huge losses in the stock market over the past 12 months. Alphabet Inc stocks traded with GOOGL ticker on Nasdaq dropped more than 30 percent since 26th November 2021. The company which achieved a 1 trillion dollar market capitalization on 16 January 2020 and a 2 trillion dollar market cap on 8 November 2021, witnessed a huge dip in value by the first quarter of 2022.

Falling revenue and earnings also pushed down the stock prices of the multinational e-commerce giant. Over the past 12 months, stock prices of Amazon.com Inc went down by nearly 46 percent. Shares which were traded at 175.23 dollars a year ago are currently traded at 93.41 dollars (At close: November 25, 01:00PM EST).

Tesla, Inc. owned by Elon Musk suffered huge losses in the stock market over the last year as investors and traders were highly concerned about the volatility of the stock. Despite having higher revenue and earnings, Tesla stocks tumbled in value mainly due to the actions of CEO Elon Musk. Various activities and business decisions of Elon Musk, such as buying Twitter in a multi-billion dollar deal and sale of his stake in tesla all contributed towards a fall in market capitalization.

The market cap of Tesla Inc fell from 1.06 trillion dollars in Q4 of 2021 to 577.42 billion dollars. Stock prices of electronic vehicles manufacturer have gone down by nearly 50 percent since November 2021, signaling strong mistrust amongst investors and traders.

Software and fabless company based in Santa Clara, California saw severe depletion in its market capitalization over the last year as lower revenue from the gaming and microchips segment pushed down the stock listed on NASDAQ. The market value of the company went down to 405.44 Billion dollars from 822 billion on 20th November 2022.

Meta Platforms Inc, the parent company of Facebook, WhatsApp, and Instagram witnessed its market capitalization decreased by 70%, wiping out over $600 billion in value this year. The company which crossed a 1 trillion dollar market cap on 28 June 2021 is now valued at 295.40 billion dollars.

This software company founded in 1977 has so far managed to keep a healthy position in the market with only slight volatility in the stock prices. The market value of Oracle Corporation based in Austin, Texas, is currently standing at 223.02 billion dollars. Strong business growth in the cloud tech sector and expectations of higher revenue and earnings helped the company advance from a slump in market value in October 2022 when market capitalization touched 170 billion dollars.

Despite a year-on-year increase in revenue and other financial metrics, Cisco Systems, Inc. suffered a decline in market value by more than 20 billion dollars over the last 12 months. The market cap of Cisco which is currently standing at 198.72 billion dollars, was 237 billion dollars a year ago. In its first quarter earning report (Q1 2023), Cisco reported $13.6 billion in revenue, up 6 percent year over year.

Cisco also witnessed its stock prices going down by 11.47% in the last year. A share of Cisco is currently traded at 48.40 dollars (At close: November 25, 01:00PM EST). The company also recently decided to lay off 4000 employees as part of “rebalancing”.

Texas Instruments which focuses on designing and manufacturing semiconductors and various integrated circuits witnessed its market value go down by 7.72% over the last 12 months. As of November 2022, Texas Instruments has a market cap of 160.70 Billion. In November 2021, the company was valued at 174.14 billion dollars.

The stock price of the semiconductor company remained more or less the same with a slight decrease in prices over the last 1 year. The share price of Texas Instruments is currently posted at 177.07 (At close: November 25, 01:00 PM EST). During the third quarter of 2022, the company beat EPS market expectations by 0.08 dollars posting 2.47 dollars in earnings per share.

Despite posting growth in revenue and income, the market capitalization of Adobe Inc. fell by nearly 42 percent over the last 12 months. The company’s decision to acquire Figma, a web‐first collaborative interface design platform had severe impacts on the share price of Adobe Inc. Adobe is planning to spend 20 billion dollars to acquire Figma which only produces 400 million in annual recurring revenue.

The market value of Adobe Inc is currently posted at 155.41 Billion dollars. Almost a year ago, the company’s market cap was standing at 312 billion dollars. The share price of the company also went down to 334.30 dollars from 662 dollars a year ago.

Cloud-based software company grounded in California suffered huge losses in market capitalization over the last 12 months as lower earnings and the acquisition of Slack continued to push down the stock prices. In one year, the market capitalization of Salesforce inc has gone down by 38 percent and is currently posted at 153.35 billion dollars.

Macroeconomic factors also had impacts on the stock prices of salesforce which resulted in a decline in market value. Over the past 52 weeks, the share price of salesforce went down from 284 dollars to 153.35 dollars(At close: November 25, 01:00 PM EST).

A semiconductor and software company based in  San Diego witnessed its market value tumbling by more than 32 percent over the last 12 months, despite gains in revenue and earnings. As of November 2022, QUALCOMM has a market cap of $138.38 Billion. In November 2021, the market value of Qualcomm was standing at 207 billion dollars.

Stocks of Qualcomm listed on Nasdaq also went down by nearly 30 percent over the last 52 weeks. the shares of the tech company are currently traded at 123.45 dollars. Highly volatile macroeconomic conditions and the overall slump in the value of tech companies are stated to be major reasons why Qualcomm suffered major blows in market cap and share value.

IBM based in Armonk, New York, is the only major American tech company (in the top 15 entities) to witness an increase in market capitalization over the past 12 months. Despite the severe crisis in the tech world and back-to-back negative financial performance by various tech giants in the USA, IBM managed to increase its market value by 10.95 percent. As of November 2022, IBM has a market cap of 132.98 billion dollars.