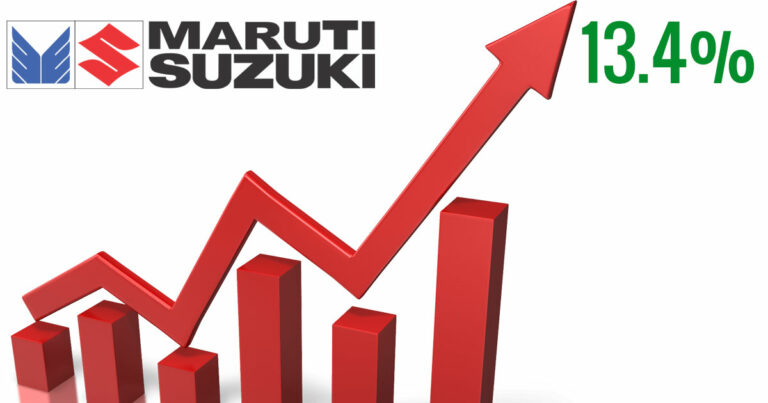 Maruti’s strong performance: A positive sign for the Indian auto industry and economy

Maruti, which holds over 40% of the market share in India’s passenger vehicles segment, saw strong demand for its cars, particularly during the festive season. The auto sector carries more than 50% weight in calculating the country’s economic growth, making Maruti’s results a key indicator of private consumption in India.

The Society of Indian Automobile Manufacturers reported that car sales across companies increased by nearly 23% last quarter, driven by festive demand and improved availability of semiconductors. Maruti, which is majority-owned by Japan’s Suzuki Motor Corp, reported a sales increase of 7.4% to 465,911 units in the quarter, with compact car sales rising by almost 17% and sport utility vehicle sales increasing by almost 23%.

The car manufacturing industry was hit hard by the pandemic, with a decrease in demand and a shortage of chips further impacting their ability to build vehicles. However, with a return to normalcy and some easing of the chip shortage, Maruti has seen a significant improvement in its sales and profits.

The company reported that it had about 363,000 pending orders, of which about 119,000 were for newly launched models. Additionally, its earnings before interest, taxes, depreciation, and amortization (EBITDA) margins expanded to 9.75% from 6.7%, due to softening of commodity prices and improved price realization.

Maruti has also been investing in new technologies and models to meet the changing needs of its customers. The company has been focusing on electric vehicles and has plans to launch several new models in the near future. This will help the company to stay competitive in the market and tap into the growing demand for sustainable transportation options.

Maruti’s strong performance is also good news for the Indian economy. The auto industry is a major contributor to the country’s GDP and employment. A healthy car market means more jobs and economic growth, which is especially important as India looks to recover from the impact of the pandemic.

Maruti Suzuki India Ltd’s strong performance in the quarter ending December 31st is a positive sign for the company, the Indian auto industry, and the economy as a whole.

The company’s success can be attributed to a combination of strong demand, improved semiconductor availability, cost management, and investment in new technologies and models. With a strong pipeline of new models and a focus on sustainable transportation options, Maruti is well-positioned to continue to drive growth and success in the future.