Mechanic receives payment in Bitcoin to fix a Lamborghini Car

JayFab, a welder from Kansas City, was paid in Bitcoin for repairing a Lamborghini Aventador. He claimed it was his first “legal transaction” in Bitcoin, although he began using the currency in 2016. The car’s owner lacked the necessary funds to pay for the repair.

The mechanic received the Bitcoin payment for repairing a Lamborghini’s exhaust system. Lambo’s owner replied that he did not have any money. JayFab also sells “strange work” and “crypto-themed furniture/items” on Bitify. 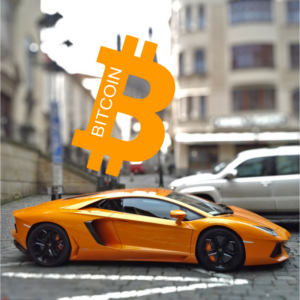 When a Lamborghini owner didn’t have enough cash to pay for a repair, he paid Kansas City welder JayFab with Bitcoin. JayFab, a mechanic based in Kansas City, Missouri, has notified Cointelegraph that he accepts Bitcoin (BTC) payment for Lamborghini Aventador repairs. Despite his interest in Bitcoin beginning in 2016, JayFab informed Cointelegraph that purchasing Bitcoin for car maintenance was his “first legal transaction.”

“After that [in 2016], I dove deep into the industry to learn about it, grasp the technology, and potentially have a second chance at a future.”

JayFab received the Bitcoin payment for repairing a “$8500 Titanium exhaust system” and installing “some pretty pipes on it for more screams and pops and other upgrades,” and the Bitcoin blocked chain revved its own engines onto the next block.

On the Bitcoin subreddit, the mechanic’s activities were discussed, and naturally, the discussion centered on tax consequences and financial gains.

JayFab however says “the climate here [in the Midwest] for crypto is kind of non-existent since it is predominantly blue-collar and agricultural in terms of economic energy.”

“With increasing adoption, I hope to find my position in making or executing services for crypto,” JayFab added. He accepts Bitcoin as payment for repairing the Lambo’ and also sells “strange work” and “crypto-themed furniture/items” on the renowned Bitcoin marketplace Bitify.

If you find this article informative then do not forget to share it with your friends and family! Let us know in the comment section what do you think about the topic.