Meet Dr. Anita Sengupta Who Believes that Women Need to Push Until Gender Parity is Achieved 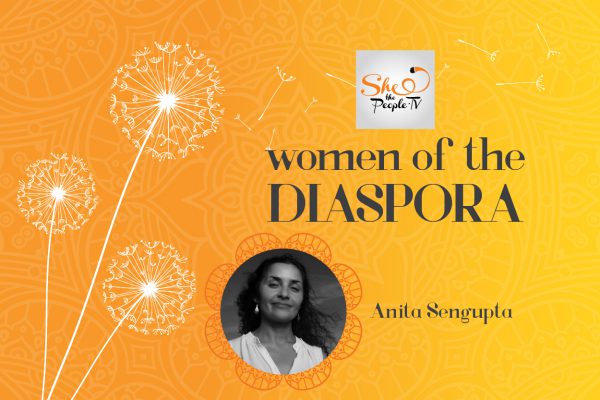 They’re super achievers, they’re sassy, they’re the bearers of our cultural heritage and identity in countries across the world. Their journeys, their dreams, their milestones are aspirational. We speak to the Women Of The Diaspora, about their journeys, their work, what drives them, their greatest joys, their successes, their dreams, their ambitions, how they dealt with the baggage that came with being a woman of a different ethnicity. And what makes them unstoppable.

In the last week of May, NASA announced that it was sending the coldest place in the universe to the International Space Station. This, the Cold Atom Laboratory, about the size of an icebox, is something that Dr. Anita Sengupta, aerospace engineer, NASA scientist and now Senior Vice President of Systems Engineering at Virgin Hyperloop One, had been working on for the past five years. The Cold Atom Laboratory, a laser cooling quantum physics facility for the International Space Station, will allow scientists to observe atoms without the interference of gravity.

In my career, I have experienced harassment, cruelty, and failure of attribution, all related to being a woman of colour. But I am proud to be that person and I do what I do to be a trailblazer for the women that come next. -Anita Sengupta

From 2012 to 2017, Dr. Sengupta led the development of the Cold Atom Laboratory for NASA and this is not the only project she has led that has had immense ramifications for the space programme.

If it were not for the supersonic parachute system she developed, the Curiosity Rover might not have been able to land on Mars in 2012 and helped us explore and understand the surface of the red planet. Back in 2006, her doctoral thesis helped in developing the ion engines that helped the Dawn spacecraft to reach Vesta and Ceres in the main asteroid belt.

Her fascination with space came early. As a young girl, Dr. Anita Sengupta was a voracious reader of science fiction. Today, decades later, she’s working at the forefront of developing technologies that have allowed us to explore Mars, asteroids, as well as Deep Space.

Born in Glasgow, to a Bengali father and a British mother, she was raised in New York and now lives in the USA. Her next challenge is working on the Hyperloop transportation system as the Senior Vice President of Systems Engineering at Virgin Hyperloop One, working towards developing a production-ready system that can be replicated the world over, reducing the carbon footprint.

If all this weren’t intimidating enough, Dr. Sengupta is also a Research Associate Professor at the University of Southern California, teaching graduate students in the astronautics and space technology department, a pilot, a mentor, and an acclaimed speaker.

SheThePeople spoke with her about being a woman in a male-dominated field, breaking the glass ceiling and what she thinks we must do to get young girls drawn towards STEM fields.

Was there a moment, an incident that put you on the path towards a career in aerospace technology? I did read that you were a sci-fi fan as a young girl, would you say reading science fiction was one of the things that influenced your choice of career?

Yes, I was inspired by science fiction which gave me the desire to explore the unknown.

You were the project manager of the Cold Atom Laboratory at the Jet Propulsion Laboratory at Caltech. Could you tell us your primary challenges on this project? Why is this research important to us?

Understanding the nature of matter is key to us harnessing its power to create more efficient technologies. At this extremely cold temperature to be achieved by CAL, a Bose-Einstein condensate is formed. This new state of matter allows us to observe quantum phenomenon at the macroscopic scale.

We intend to learn more about how complexity arises (from the subatomic to molecular scale), the nature of superfluidity, and superconductivity. For example, the new physics we discover can lead to more efficient energy sources and conversion mechanisms for everyday applications.

Our primary challenge was creating an engineering system that no one had ever attempted before in a space environment.

Our primary challenge was creating an engineering system that no one had ever attempted before in a space environment. The core of our system was an ultra-high vacuum chamber with finely tuned lasers to create the Bose-Einstein Condensate.

It is probably the most complex space-based science instrument ever built. We have taken Satyendra Bose’s theoretical construct and turned it into cold atoms in space. As a Bengali by descent, it is quite an honor to follow in his footsteps.

You were the lead systems engineer of the team that developed the revolutionary supersonic parachute system that was deployed during the landing of Mars Science Laboratory Curiosity, how would you describe your emotions and fears at that moment, given so much hinged on the landing of Curiosity?

I was excited, inspired, hopeful, and humbled. To be part of something so much larger than yourself is an honor and an adventure.

In your journey, have you encountered gender biases, discrimination or more, possibly amplified because you have a minority background? Could you tell us what you faced, and how you tackled these? Having reached the level you are at, do you still face these, or even the most endemic of them all, mansplaining.

Yes, I have. It has been a difficult road to break through the proverbial glass ceiling and it is a struggle for many of us in male-dominated fields. In my career, I have experienced harassment, cruelty, and failure of attribution, all related to being a woman of color. But I am proud to be that person and I do what I do to be a trailblazer for the women that come next. Just as the women did that came before me. Rosalind Franklin was the discoverer of DNA, yet Watson and Crick were given all the credit. We must do better as a society to ensure that women are given attribution for their intellectual contributions.

Are there enough women in aerospace engineering? As a minority woman in a niche space, what do you do to help other women starting out in this field, to help them through the roadblocks their career trajectories may face?

There are not enough and we must continue the push until we have gender parity. I mentor young people, do science communication as a professional public speaker, and am a University Professor. I use these avenues to get my message out there.

What can we do as a people to encourage girls to take up STEM? What are the ways we can develop their interest in STEM studies?

Early and often exposure to science, robotics, and mathematics through media, toys, games, and clubs.

How important is it for you, as a woman, to lead a project in a field that is primarily male-dominated? What is the message that you would like young girls reading about your journey to take away?

The key to gender equality is gender parity and vice versa. So my way of bringing about transformative change is by becoming a leader, first at NASA, and now in tech as a Senior Vice President of Engineering Systems at Virgin Hyperloop. Representation, creating the new normal, by giving myself as an example, is how I would change the world.

The key to gender equality is gender parity and vice versa. So my way of bringing about transformative change is by becoming a leader

Apart from the fabulous work you do, you are also a USC Adjunct Astronautical Engineering Professor, a pilot, a motorcycle rider, a youth mentor, how essential is it for you to juggle these various facets of yourself? How much importance do you place on work-life balance in a field as high pressured as yours is?

I enjoy adventure and that is how I choose to live my life. Whether that is flying planes, riding my motorcycle, hiking in the mountains, diving in the ocean, or visiting the pyramids in the Jungles of Mexico, I seek new experiences and to learn new things. I am a lifelong learner.

Women do not hold themselves back, society holds women back.

What are the ways in which women hold themselves back consciously, or subconsciously from being super achievers? What advice would you give all women professionals in the fields of science and technology?

Women do not hold themselves back, society holds women back. Always be true to yourself. If you do what is right you cannot go wrong. As Michelle Obama so aptly said, always take the high road. She is an inspiration to me.

And finally, what would be your dream mission to work on?

I would like to create my own aerospace company and be the first female CEO to send our society to Mars and beyond, and do to it with green technology. That will be my next journey.

About SheThe People: SheThePeople is India’s biggest platform for women.