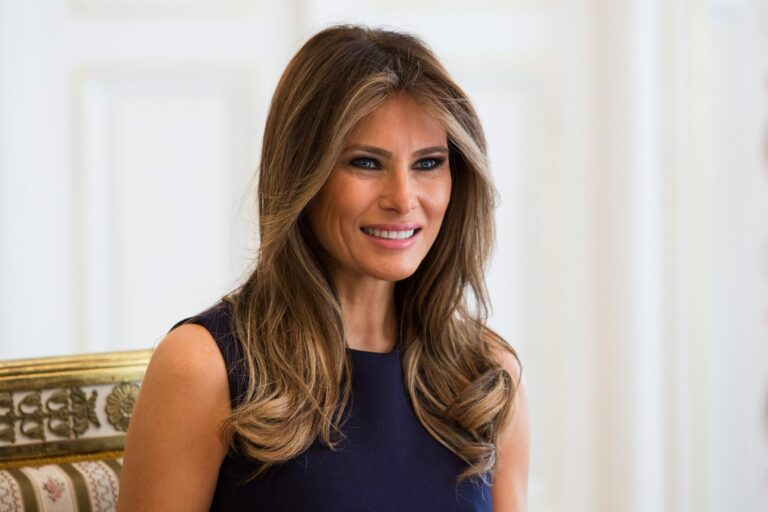 Melania Trump the latest in line to join the NFT bandwagon

NFTs are causing quite a stir these days with their growing popularity. And the latest to join the NFT bandwagon is none other than the former first lady, Melania Trump. This will mark the former first lady’s first public endeavor after White House. She has a reputation for being rather socially reserved and quite private. Hence her NFT launch has attracted quite a lot of attention and intrigue. With the increasing number of celebrities joining the NFT craze, Non-fungible tokens are carving out a space of their own. Lately, the co-founder of Wikipedia, Jimmy Wales had also closed an NFT sale which had attracted quite a lot of attention.

Excited for this new venture, which combines my passion for art and commitment to helping our Nation’s children fulfill their own unique American Dream. #MelaniaNFT https://t.co/XJN18tMllg pic.twitter.com/wMpmDDsQdp

The announcement about the NFT launch was made on Thursday, and since then Twitter has been avidly discussing the same. The NFT will go by the name, “Melania’s Vision.” Her platform which was launched recently is powered by Parler and will regularly release NFTs. According to an announcement from her office, the NFT will feature a digital art of her “cobalt blue eyes.” Hence the title, “Melania’s Vision.” It is a watercolour art created by the famous fashion artist, Marc Antoine Coulon. The NFT will be worth 1 Solana which is equal to $180. As per Trump’s website, the proceeds from the sale of the NFT will be channeled towards the support of children on foster care. This is according to the information from her website.

“I am proud to announce my new NFT endeavor, which embodies my passion for the arts, and will support my ongoing commitmemet to children through my Be Best initiative. Through this new technology-based platform, we will provide children computer science skills, including programming and software development, to thrive after they age out of the foster community.”

This will be of substantial help in financially empowering the children for a better future while also helping them prepare for emerging fields filled with opportunity and potential. The NFT consists of the above mentioned watercolour in addition to an audio recording of Trump. The NFT sale will open on the 16th of December and close by the 31st of December. Ever since leaving the White House a year ago, the former first lady has been quite private with her life without any public appearences or events. Thus the launch of the NFT is rather significant and has managed to attract the attention of quite a number of people.