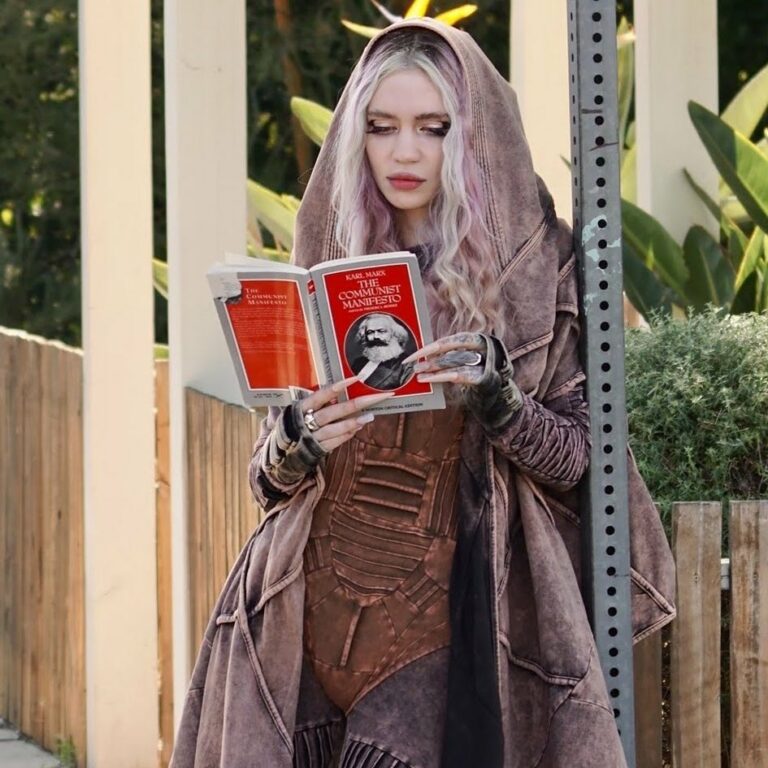 Memes flock to Twitter as users are intrigued by Grimes’ reading habits.

Reading a book is quite a normal action that entails an acquisition of knowledge and information, and perhaps some really good insights. It is barely an activity that could generate hilarious memes that touch the pinnacle of hilarity and sarcasm. However, when Grimes reads a book, and that too “The Communist Manifesto” in the most bizarre context, memes will definitely start their work. Ever since the so-called “candid” photos of Grimes reading Marx’s “Communist Manifesto” have been doing the rounds, netizens have their attention piqued. Especially since this is the very first action or perhaps, the reaction from Grimes’ side after her split-up with the world’s richest man, Elon Musk. It is always good to read, but when Grimes reads the “Communist Manifesto” in an outfit that screams anything but communism, we cannot help but wonder if there is an ulterior motive.

The five different stages of separation are quite popular. However, it seems like these stages are not set on stone. For, some people react to it in the most unique ways. While some adorn the cloak of oblivion, a few others take to the streets flipping through the pages of the “Communist Manifesto” as if it is the newest edition of the reader’s digest. Perhaps Grimes has such power of concentration that she doesn’t have to focus on the content way too much like others. Or perhaps the content that was in focus was not the Communist Manifesto at all.

Grimes reading one of the most influential political documents in history can be interpreted in different ways. First and foremost it is the perfect example of paradox. Ahh! we never run short of paradoxes and ironies when it comes to them. Perhaps there is a reason why Alexander Pope used sarcasm to admonish people. Apart from the paradox, the sudden interest in reading might be Grimes’ unique way of sending a message to Musk for it is a known fact that Musk had called himself a “socialist” and let’s not forget the time when Grimes herself made a comment about how artificial intelligence is the easiest way to communism. Those who are a bit confused by all this, yes, we are still talking about Communism, and no, its definition hasn’t changed. But you cannot blame people for having their own interpretations for concepts. Well, for now, let’s not delve into the depths of such deep concepts for we have a set of hilarious memes that are waiting for our attention and interest.

Nobody could tell that it was planned.

I don't know, I think Grimes looks really nice in the candid photos that weren't staged at all pic.twitter.com/beYQxQsmZN

That is just about the right way to put it.

It’s the whole attire for me and how well it goes with the book.

Grimes lookin like she's gonna give me a side quest for the thieves guild pic.twitter.com/8vUpN6ZrP7

grimes brushing up on her redstone knowledge i see pic.twitter.com/UEFxTLrpbq

thanks but there's only one Grimes whose thoughts on labor are of interest to me pic.twitter.com/jlamxSYh2V

Well, in her defence, she has embarked on a quest for knowledge.

What’s inside the book, grimes? pic.twitter.com/SFYBfukOLt