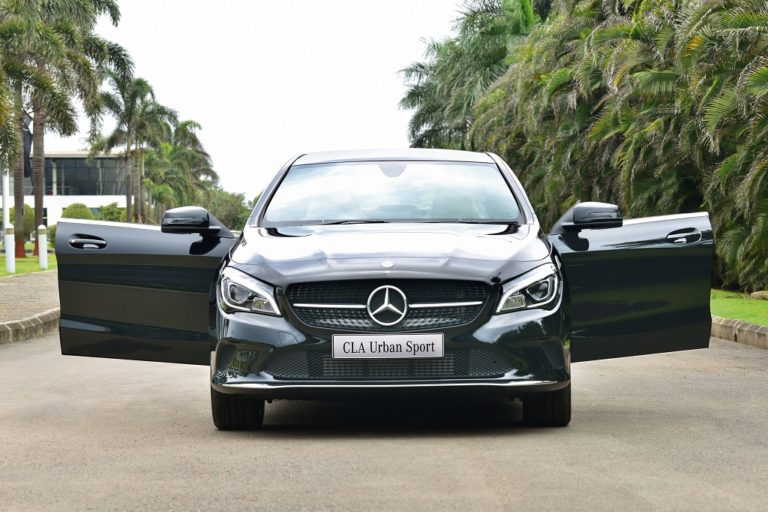 While we are counting the days for the launch of the new C-Class, Mercedes-Benz has launched a special edition of its entry-level sedan CLA, named as the CLA Urban edition. Available in both petrol and diesel, the special edition is priced at ₹ 35.99 lakh for CLA 200 and  ₹ 36.99 lakh for the CLA 200 d (both ex-showroom). The price is about ₹ 1.8 lakh premium over the standard variants.

The Urban edition comes with some visual changes like a new Cosmos Black body color, a black treatment for the grille, and carbon styling on the  and rear spoiler. The new edition also gets a bunch of new features like THERMOTRONIC automatic climate control with 2 climate zones for driver and front passenger, individual controls for temperature, and airflow and air distribution. It also comes with the rear center AC vents, the ‘Sport’ badged floor mats, and illuminated door sills.

The Urban Sport will run with the same 2.0-litre petrol and 2.2-litre diesel engines as the standard car, paired with a 7-speed automatic transmission.

Talking about the new Mercedes-Benz CLA Urban Sport, Roland Folger, the Managing Director & CEO, Mercedes-Benz India said, “The new CLA Urban Sport offers enhanced luxury and comfort and add a sporty appeal that is hard to miss. It is essentially an illustration of dynamic design that seamlessly embodies an intelligent combination of functionality and agility in a modern coupé design.”

“The CLA has been instrumental in conveying Mercedes-Benz’s new design language of sensual purity and has made a place of its own in the hearts and minds of many young patrons and enthusiasts, who tend to arrive in style”, he added.