According to recent reports, a network spreading misinformation used many social media fake accounts to spread incorrect information about the Kremlin talking points about the invasion of Ukraine. You can learn about the complete story by going through the whole article.

This operation was carried out in a very systematic manner. Approximately 60 websites were told to copy the style of authentic news websites like the New York Times, The Guardian, etc. The network also used 1600 fake accounts on Facebook so that people from countries like France and Germany could get the news. “On a few occasions, the operation’s content was amplified by the official Facebook pages of Russian embassies in Europe and Asia,” said David Agranovich, Meta’s director of threat disruption. “I think this is probably the largest and most complex Russian-origin operation that we’ve disrupted since the beginning of the war in Ukraine earlier this year.” The researchers claim that they do not have evidence to link this incident to the Russian government. Still, they have definitely found a link between the Russian diplomats and the network. That is because of the strategies used and methods used to make this operation as big as it got, you need someone influential and affluent to help you.

Meta is the parent company of Facebook. It is also the owner of Instagram and WhatsApp, some of the most popular social media platforms across the world. The company aims to bridge the gap between different communities of people and make them feel closer. The company also offers people with a platform where they can freely express themselves. They can also put out their ideas and make use of their creativity to become popular on this platform. It is a digital space for people to find their hidden potential and show it to the whole world.

Mark Zuckerberg is the owner of Meta. He is one of the most popular billionaires in the world. Inspiration for many and a rival for some, he is someone who has managed to put his name on the map by developing Facebook. All young blooming entrepreneurs consider him to be an excellent example of someone who used technology the right way to develop something innovative and extraordinary. Mark Zuckerberg’s name keeps appearing in Forbes magazine under different sections such as the most influential people in the world. He is heading a successful company and no type of controversy has been able to shatter him or his company. 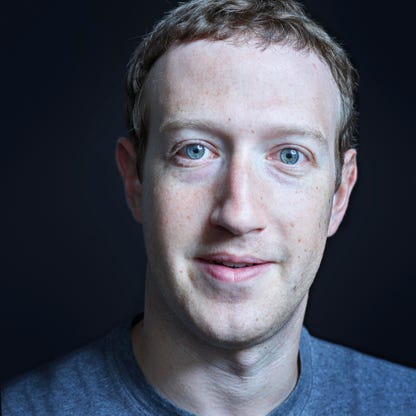