Meta sued in Kenya over claims of exploitation and union busting A suit was filed against Meta and Sama, it’s main subcontractor for content moderation in Africa 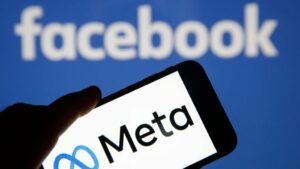 Meta and Sama sued in Kenya over claims of union busting and exploitation.
Source: CIO Africa

On Tuesday, May 10, a lawsuit was filed against leading social media company, Meta Platforms Inc. Additionally, against Sama, Meta’s principal subcontractor for content moderation in Africa. The suit was reportedly filed over the claims of exploitation and union busting.

The lawsuit was filed by a firm representing a former content and Facebook whistleblower Daniel Motaung. He was allegedly laid off for initiating a strike in 2019, in attempts to unionise the employees of the subcontractors. The law firm claims that the tech giant and its subcontractor pushed present and ‘former content moderators’ to forced labour, along with ‘human trafficking for labor.’ Moreover it stated in the application that even Sama was involved in  facilitating a ‘deceptive recruitment’ procedure. The contractor gave access to vacancies that failed to specify the nature of the job that any successful applicants were meant to do. The Nairobi hub moderators are sourced from countries like Uganda, Ethiopia, Somalia, or from Motaung’s South Africa.
The lawsuit is mainly going after monetary compensation for the both former and existing moderators. Moreover, it wants Meta and Sama forced to stop union suppression, availing the provision of mental health support, and others.

“The Respondents (Meta and Sama) have intentionally created a toxic environment at their Nairobi office. This is designed to keep the Facebook Content Moderators from airing their grievances,”

In the suit filed, advocates Nzuli and Nsumbi stated how the distinct descriptions of content moderators’ positions ‘are deceptive and designed’ to mislead applicants into ignorantly ‘becoming Facebook Content Moderators.’ Additionally, they implied that content moderators were forced into unfair labour relations, without access to necessary mental health support. They added that Sama enabled a ‘toxic work’ atmosphere, preventing moderators from talking about the nature of their work and experience at the contractor’s with outsiders like employees of Meta. According to the law firm, the productivity of the workers of Sama is measured using a software from Meta. It tracks their screen time and movements at the time of work.
Prior to the suit, a Time story explained how Sama employed moderators under the false pretext that they were getting into call centre jobs. In fact, these moderators’ pay in Africa was the least in the world, leading to Sama increasing it after the revelations.

Attorney Mercy Mutemi from law firm, leading the legal action, stated how the content moderators struggle daily to make the social media platform ‘safer for billions’ of users. He stated how owing to soon arriving August elections, this is a crucial point of time. It is integral to ‘force Mark Zuckerberg’ to be responsible for the workers on the ‘frontline of the information battle.’