Meta to ban all Myanmar-army controlled businesses from platforms 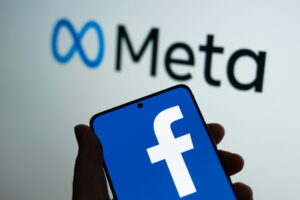 On Wednesday, Meta Platforms Inc (FB.O), formerly known as Facebook, announced that all Myanmar-military-controlled firms will be barred from using its platforms, expanding on previous restrictions on the country’s security forces. In February, the US internet giant stated that all companies tied to the military, known as the Tatmadaw, would no longer be able to advertise on its platforms.

“This action is based on considerable verification of these corporations’ direct engagement in funding the Tatmadaw by the international community and civil society,” said Rafael Frankel, Meta’s Pacific director of public policy for emerging countries, Asia Pacific.

In February, the Myanmar military ousted Aung San Suu Kyi’s democratically elected government, sparking nationwide protests.The military junta’s spokesman, who also banned Facebook in February, did not return calls seeking comment.Meta was identifying the corporations, according to Frankel, based on a 2019 report from a United Nations Fact-Finding Mission on Myanmar, research from activist groups Justice for Myanmar and Burma Campaign UK, and civil society discussions.

He told Reuters that around 100 accounts, sites, and organisations tied to military-controlled enterprises had already been taken down. As Myanmar’s leading internet channel, Facebook continues to be widely utilised by both demonstrators and soldiers opposing military rule.

Following worldwide criticism for failing to regulate online hate campaigns, Facebook has retaliated against the military, introducing measures to protect Myanmar users since the coup. In addition, Rohingya refugees have filed a $150 billion lawsuit against the platform, alleging that it failed to take action against hate speech directed at the Muslim Rohingya minority, which contributed to bloodshed.

According to United Nations human rights investigators, Facebook allowed hardline Buddhist nationalists and military members to use the network to foment a campaign of violence against the Rohingya, 700,000 of whom fled an army crackdown in 2017.

Despite Frankel’s refusal to comment on the lawsuit, he did say: “The crimes done against the Rohingya people in Myanmar disgust us. To keep people safe, we’ve established a dedicated staff of Burmese speakers, banned the Tatmadaw, disrupted networks that manipulate public discourse, and taken action against dangerous propaganda.”