The company that also owns Instagram and WhatsApp wants to create a translation software that  “works for everyone in the world,” Meta announced during an event focused on benefits of metaverse and AI technologies.

In an online presentation, Meta CEO Mark Zuckerberg said that the “ability to communicate with anyone in any language” is a “superpower [that] people have dreamed of forever.” He also highlighted the mammoth role artificial intelligence is expected to play during the same presentation. According to Meta, languages like English, Mandarin, and Spanish have enough translation tools but 20% of the world’s populations do not speak these languages.

“This is going to be especially important when people begin teleporting across virtual worlds and experiencing things with people from different backgrounds”, said Zuckerberg during an event called Inside the Lab: Building for the metaverse with AI.

“Now, we have the chance to improve the internet and set a new standard where we can all communicate with one another, no matter what language we speak, or where we come from. And if we get this right, this is just one example of how AI can help bring people together on a global scale.” 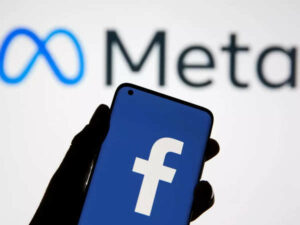 To overcome the challenges of training AI systems to translate lesser-known languages, Meta has a two-pronged approach. The first is called “No Language Left Behind” and will focus on creating AI models that can learn to translate with minimal training. The second is called “Universal Speech Translator” that should be able to translate speech in real-time from any language to another.

“MT systems for text translations typically rely on learning from millions of sentences of annotated data. Because of this, MT systems capable of high-quality translations have been developed for only the handful of languages that dominate the web. Expanding to other languages means finding ways to acquire and use training examples from languages with sparse web presences.”, wrote Facebook AI Research in a company blogpost.

“Eliminating language barriers would be profound, making it possible for billions of people to access information online in their native or preferred language,” Meta wrote in a blog post. “Advances in Machine Technology won’t just help those people who don’t speak one of the languages that dominate the internet today; they’ll also fundamentally change the way people in the world connect and share ideas.”

With other tech giants such as Google and Apple developing similar technologies, Meta is faced with the challenge of creating a system that’s more reliable and user-friendly than its competitors while garnering the trust of its users whose conversations will flow through Meta’s servers.