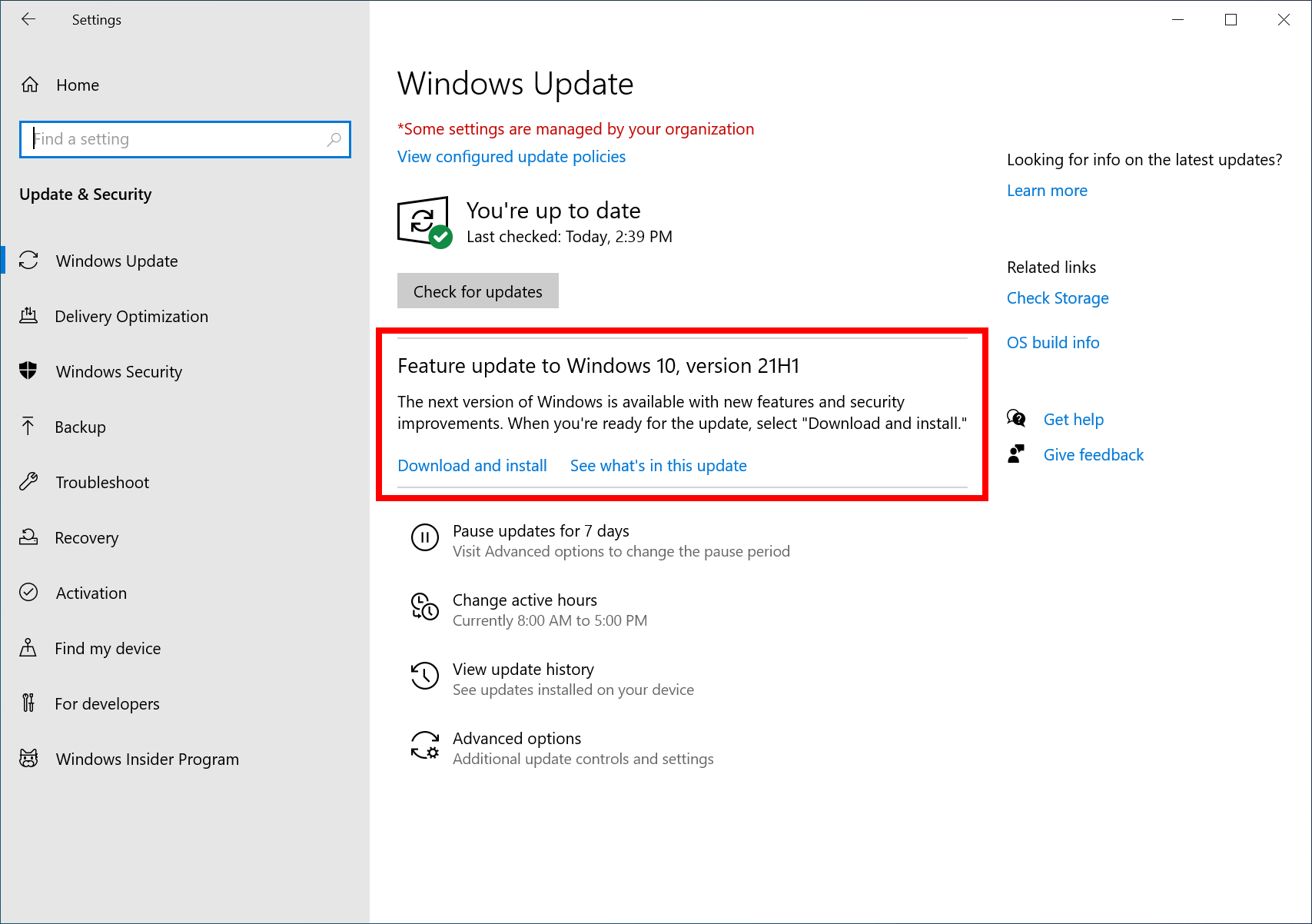 As we all know about Microsoft and its history with the Windows Operating System, the company said a long time ago that Windows 10 is the last Windows OS update and after this, the company will only launch new feature updates as new additions to its already existing Windows, unlike Apple. However, in the latest announcements, Microsoft CEO, Satya Nadella confirmed that a new Windows Operating System Update is on its way and it will be the biggest update in Window history.

But before that, the technology giant has made another advancement with its already existing Windows 10 and that is the use of Machine Learning. Yes, Microsoft has recently announced to leverage Machine Learning capabilities for its Windows 10 auto-updates where the system will automatically update the Windows 10 2004 version to the latest Windows 10 21H1 which is also known as the May 2021 feature update.

Machine Learning and Artificial Intelligence have become the key elements of any technology that hots the market because of its vast scope of capabilities and how easier it makes for the machine to manage its system’s tasks considering the user’s usability. For instance, in Windows 10 21H1 version, Machine Learning will automatically interpret the best time to auto-update the device based on the user’s usability.

According to a report by Bleeping Computer, Microsoft mentions that they were using Machine Learning to improve the overall reliability of the Windows update experience. Furthermore, the company mentions that this technology helps with the complexity of tasks and aspects that Microsoft has to evaluate. The Windows-maker is also said to increase its investments in Machine Learning technologies for multiple aspects of computing, one of which is to enhance the detection of potential issues with the system and Machine Learning technology quickly helps the system to decide the best time to update a user’s computer based on his/her usability. Once a new version of Windows is available, Machine Learning helps the individual system to select the best time to auto-update the system, says Microsoft.

Windows 10 21H1 is the latest iteration of Windows 10, the May 2021 update that is visible to the users in the ‘check for updates’ section of Settings. For systems that were previously running Windows 10 2004, Machine Learning is said to automatically update your system to the latest Windows 10 21H1 version for the best user experience.

Furthermore, Microsoft has announced to launch its next big Windows update, assuming it to be called ‘Windows 11’, on June 24th 2021.