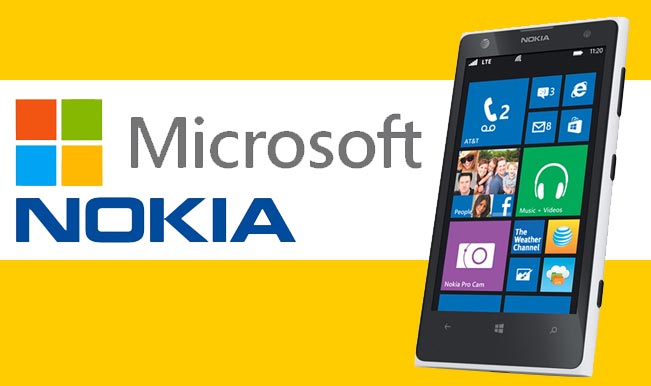 The change of brand follows the Microsoft-Nokia deal in which Washington-based firm acquired the handset business of Finland-based Nokia for USD 7.2 billion.

“We are launching the first Microsoft Priority Reseller Store in Chennai today. In India itself it is a big change for us, which we are trying to offer as part of the Microsoft experience is concerned.” Nokia India Sales Director-South, T S Sridhar told PTI.

Nokia India Sales is a subsidiary of Microsoft Mobile Oy.

“So in country there are 441 Microsoft Priority Reseller Store and 8,872 mobile reseller stores. And what we are planning to make shift to the Microsoft brand. So all this are very big transformation and journey which we are trying to offer to the consumer, when he visits a Microsoft store”, he said.

On being asked when all 441 outlets would be completed under the Microsoft transition, Sridhar said, “Chennai is the first store where we are launching at the moment. By end of month, you will find all the stores up and running with Microsoft Priority Reseller Logo”.

He also informed that all service outlets under Nokia Care brand would also be rebranded as Microsoft Care. It has 118 such centres.

Sridhar also launched the Lumia 540 Dual SIM mid-range smartphone priced at Rs 10,199. It is equipped with Windows 8.1 operating system and can be upgraded to Windows 10.

The 5“HD display phone with 2,200 mAh battery has 1GB RAM and also has microSD card slot up to 128 GB. It has Quad-core 200 series Qualcomm Snapdragon processor and has eight MP primary camera.