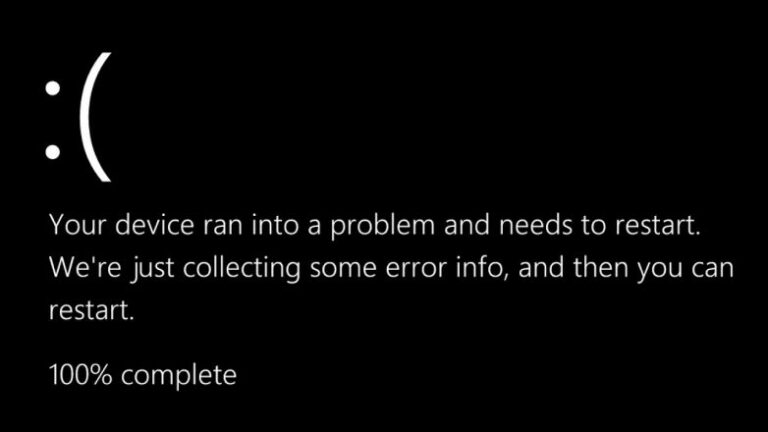 Microsoft has recently unveiled its Windows 11, the next generation windows for which, of course, everyone is excited. The tech giant recently launched the Windows 11 insider preview for users and developers to download and review for bugs and other improvements. In the preview version of Windows 11, it is noted that the company has literally changed everything about Windows except for its original build structure. Windows 11 is here with a complete visual overhaul from top to bottom, with a new Start button, new icons, and features like the introduction of Android apps on your Windows Operating System. One of these changes is the Windows Blue Screen of Death (BSOD) which has now been changed to Black.

Yes, the (BSOD) will now stand for Black Screen of Death in Windows 11 instead of Blue but unfortunately, in the Insider Preview version of Windows, the black screen hasn’t been fully enabled yet. The Windows-maker has changed the entire personalization experience in Windows 11 to give Windows a more refreshed and modern look which, honestly, everyone was craving after the visually boring Windows 10.

Having said that, the Black Screen of Death will now match the Windows 11 black log-on screen and shut-down screen, according to a report by The Verge. The report further mentions that Microsoft added the sad face on the Blue Screen of Death in Windows 8 that launched in 2012 and then added the QR Code to the screen in 2016.

“The device ran into a problem…..” error a.k.a. the Blue Screen of Death was first introduced by Microsoft in Windows 3.0 and it offered developers and Information Technology professionals a support page to diagnose any issues with the memory and hardware of the system. The BSOD has become a key part of the Windows Operating System as it helps the technicians to check the system for any faults with complete system scan for hardware and software, finding the root cause for the Blue Screen of Death.

Anyhow, apart from the color switch from Blue to Black, nothing has changed on the screen, everything remains the same including the error message, the sad face, and the QR Code. The question remains why?

Why would Microsoft change its Blue Screen of Death, is it that important?

Well, in my opinion, that matches with hundreds of other opinions on Twitter, Microsoft is visually changing Windows 11 and BSOD is an important part of the OS. Windows 11 Operating System is given a complete visual makeover with a new Start Menu, File Explorer page and the company must have thought that Black Screen of Death would match the overall color scheme of the system, and honestly, it is not that bad.