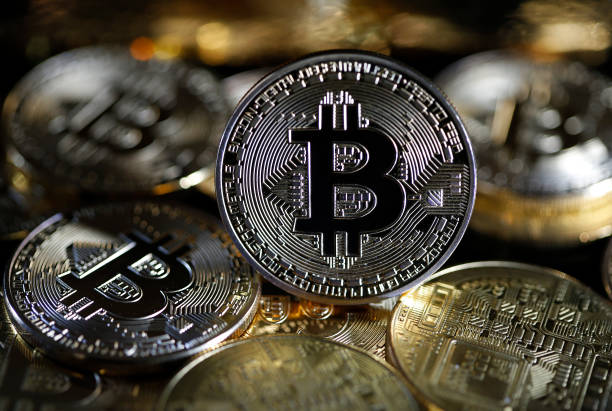 PARIS, FRANCE - FEBRUARY 09: In this photo illustration, a visual representation of the digital Cryptocurrency, Bitcoin is on display on February 09, 2021 in Paris, France. The value of Bitcoin (BTC) has exceeded the threshold of 48,000 dollars for the first time in history. Electric vehicle maker Tesla has invested $ 1.5 billion in the virtual currency and will begin accepting it as payment for the purchase of its cars, the group said. The move comes days after Elon Musk temporarily changed his Twitter mini-description to simply #bitcoin. (Photo illustration by Chesnot/Getty Images)
Home
Crypto
Bitcoin

Microstrategy CEO Michael Saylor, who is also the biggest Bitcoin bull, says that a lot more institutional Bitcoin adoption is evident. As of now, one can argue that a handful of companies are into Bitcoin, but Michael disagrees. His company Microstrategy pointed out various factors that show this. One of them is fiat’s current situation and volatility in Turkey, South America, and Africa. It has resulted in increased awareness of Bitcoin among institutions.

Bitcoin is not a very old asset and has a limited number of investors as compared to other traditional things (like Gold). And with each passing day, more investors are joining the space, and Bitcoin is maturing. Micahel Saylor also said this while sharing his outlook on BTC. He pointed out that in the past 12 months, the asset has evolved and matured. And along with the currency volatility in many countries is one of the evidence of increased adoption.

A lot of adoption is clearly visible. For example, the number of mining companies that are also listed publicly has increased to 24 now. And many like Tesla and Microstrategy have BTC on their balance sheet. Investors who hold the shares of this company are indirectly holding Bitcoin as well.

Banks are also increasing their exposure to crypto and offering trading services to investors. In fact, it is rumored that Russian banks could start selling crypto soon. And more than that will depend on what regulations arrive in the space. Michael also pointed out that the volatility of the S&P Index, Nasdaq, tech stocks, and many other things have increased investor awareness for Bitcoin.

There was a time when banks, investors, and even Michale himself called Bitcoin a Ponzi. But it seems BTC was ahead of its time, and now most of them have changed their minds. Now people talk about how high Bitcoin will go, the regulations, will be used as a currency or stay as an asset, and so on. Micahel says the idea that crypto is here to stay is now mostly accepted. And this makes it evident that sooner or later, there will be more institutional adoption, and it will help BTC rise.

What are your thoughts as Michael Saylor says that Institutional Bitcoin adoption is evident? And do you think that Microstrategy’s logic is right here? Let us know in the comments below. Also, if you found our content informative, do like and share it with your friends.