Michael Saylor lead Microstrategy is a pro-Bitcoin company. Since 2020 the company has announced multiple times about its Bitcoin endeavors. And as Microstrategy purchases 1914 Bitcoins in December, they now hold a total of 124,391 coins. The company’s average price for acquiring these Bitcoin is $30,159, making their total investment about $3.75 billion. Talking about their latest BTC purchase, the buying price was $49,229 per Bitcoin, which is near what we are trading right now.

Microstrategy’s goal with this

When asked what will be Microstrategy’s exit strategy with their Bitcoin investments, Micahel Saylor said that this is their exit strategy. You will see this difference between any other company buying Bitcoin and Microstrategy. Their CEO Micahel Saylor believes that Bitcoin is the future and it is going to become very valuable over the next decade. Micahel has even given targets of $1 million to $5 million per coin as the adoption of BTC rises off the charts. 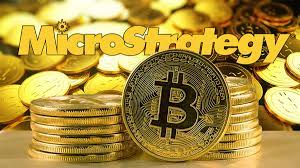 In fact, apart from the company’s holdings, Micahel Saylor himself has 17,732 Bitcoins as part of his portfolio. Saylor also firmly believes that Bitcoin will replace gold as a better store of value in the future. In fact, he thinks there is no other actual alternative to Bitcoin and doesn’t recommend investing in other cryptocurrencies. Microstrategy’s investment alone will make them one of the largest companies if Bitcoin reaches where Micahel Saylor thinks it will.

Michael has also explained the criticism behind Bitcoin’s energy usage. He said that Bitcoin uses the wasted energy of the world, and that makes it even better. Since it can be mined anywhere using off-the-grid electricity for BTC, mining is a good use case.

Not everyone appreciates this idea

While Microstrategy is betting big on Bitcoin and their fans and followers support it, a lot of people don’t. Since this is the company’s money being used to buy BTC, it could lead to a collapse in case the price of Bitcoin crashes to never recover again. Having too many eggs in a bucket can be risky if you look at it from a pure investment perspective.

What are your thoughts as Microstrategy purchases 1914 Bitcoins in December for $94.2 million? And do you think that this is the right choice? Let us know in the comments below. Also, if you found our content informative, do like and share it with your friends.