MicroStrategy has announced the purchase of another 7,002 Bitcoins for $414.4 million.  According to CEO Michael Saylor’s announcement, each Bitcoin was purchased for an average price of $59,187 at this rate.  MicroStrategy continues to load onto its Bitcoin strategy when it can, although not buying as frequently as it did earlier this year. 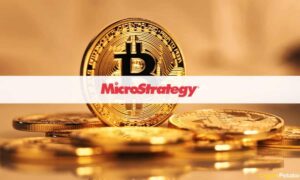 MicroStrategy continues to load onto its Bitcoin strategy when it can, although not buying as frequently as it did earlier this year. MicroStrategy reported that it grew its BTC holdings by 8,957 in Q3 2021 when it released its quarterly financial results last month. BTC was valued at around $61,500 at the time, therefore the new addition was worth $550.85 million.

The corporation also went into great detail about its corporate strategy, which was divided into two segments, according to the company. MicroStrategy is seeing more demand for its enterprise analytics and business intelligence services, despite the fact that the firm stated that BTC will remain a key part of its corporate strategy.

MicroStrategy will focus on acquiring BTC using excess cash flows, as well as loan and equity transactions, in the first case. The company’s overall sales were $128 million, up slightly from the previous year. MicroStrategy will also work to establish itself as a leader in the bitcoin community. It already does this to some extent, with Saylor focusing on green energy solutions for bitcoin mining in particular.

MicroStrategy had purchased an additional 5,050 BTC for $242.9 million in September, at an average price of $48,099. MicroStrategy added over 9,000 BTC to its corporate treasury so far in Q3 2021, according to an 8-K filing with the Securities and Exchange Commission (SEC). Between July 1 and September 12, the corporation spent around $419.9 million for BTC in cash.

Also read: Having lost $8,000 in an altcoin scam, man started a website that tracks down crypto fraud