According to a Bloomberg article, Robert Browning is on the search for crypto scammers after falling victim to a Ponzi scheme. The 52-year-old founded RugSeekers, a club dedicated to uncovering scams and informing the public about them. In the broad crypto realm, though, his public warnings aren’t much, he said.

Robert Browning is on the lookout for cryptocurrency con artists 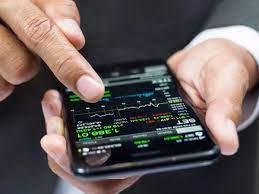 The 52-year-old from southern Indiana recounted how he moved from being conned to scam hunter in a Bloomberg piece titled “How Crypto Vigilantes Are Hunting Scams in a $100 Billion Market.” Browning told Bloomberg that he became a victim of fraud on July 11 when a wager he put on a coin called Altex fell from $8,200 to $86, giving him the sense of “not being able to swallow” because he felt “so exploited and rejected.”

According to Bloomberg, the incident prompted him to form the RugSeekers, a group of crypto fraud hunters that identify fraudulent coins through group chats on platforms like Telegram and then disseminate the word on social media. RugSeekers did not react to Insider’s request for comment right away. People can submit requests for the group to analyze a crypto contract that they believe is questionable on its website.

On its website, the company stated, “We are a professional, diligent, and experienced team committed to helping eliminate fraud and corruption from the crypto industry.” “The RugSeeker team was formed as a result of our own loss and is dedicated to helping investors avoid the same fate.”

“We Save Moon” was one of the cryptos Browning pursued. Bloomberg’s thorough account of his Telegram talks about the coin claims that he attempted to ask the moderators questions about the coin and was eventually kicked out of the group. He issued a Twitter warning that received roughly 4,000 impressions, but he said it was “nothing” in the larger scheme of things in the crypto world.

Nonetheless, the organization is attempting to fill a gap in the crypto realm, where regulatory organizations in the United States have expressed concern about a lack of coverage. The director of the US Securities and Exchange Commission, Gary Gensler, claimed in August that the crypto sector is “rife” with fraud and frauds.

In a speech to Congress, he remarked, “Right now, we just don’t have enough investor protection in crypto.” “To be honest, it’s more like the Wild West right now.”

Also read: The CryptoPunk NFT that sold for $532 million