Missouri Mayor to give each household $1,000 in Bitcoin

Mayor Jayson Stewart to give each home in the town $1000 in Bitcoin. Cool Valley, Missouri, is a small town in St. Louis County with a population of roughly 1,500 people. Bitcoin has “given me a new way of thinking about mankind in the future,” Jayson Stewart told Bitcoin Magazine in an interview. 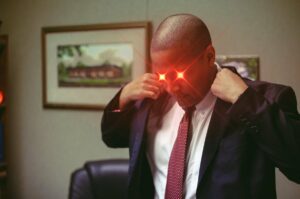 “It’s given me hope and optimism that we can overcome some of the worst aspects of the system into which we’re born, and truly build a future that is exactly how we want it to be,” he concluded. Bitcoin provides me with a sense of hope and optimism.”

Stewart had intended to raise just enough money to airdrop $500 to each household in Cool Valley, but his announcement gained national attention and extra cash. “As of right now, the project is fully financed for $1,000 per household,” Stewart said, adding that the town had surpassed its donation targets because “the story got so popular in a way that I never expected.” The mayor intends to use the increased funds to look into energy-saving solutions in Cool Valley.

During an interview with Bitcoin Magazine, Stewart discussed the difficulties of putting Bitcoin on the town’s reserve, and how this turned his focus to the logistics of educating and providing Bitcoin access to 1,500 residential families.

The most crucial component of the mayor’s donation is ensuring that Bitcoin is used to promote social change and improve Cool Valley while also uplifting people. Stewart informed Coin Telegraph that the Bitcoin airdrop distribution mechanics are still being worked out. His strategy is to first hold instructional sessions for locals to understand more about the services they would receive.

The mayor stated, “We’re going to get individuals keeping their Bitcoin as soon as possible.” Mayor Stewart is also going to allow individuals to earn a greater Bitcoin payout if they choose to retain their Bitcoin for a specific amount of time, but will let those who wish to sell receive their allowed sats. This is an excellent example of low-time-preference understanding.

Mayor Stewart recently joined the Advisory Board of the Midwest Bank Center, a local bank with about $2 billion in assets under management. He anticipates the arrival of a Bitcoin-friendly bank, as well as other lucrative Bitcoin business opportunities like mining and events, in the near future.

“Bitcoin is intrinsically American,” Stewart told Bitcoin Magazine. It’s the quintessential American thing to do. Our government is based on freedom, personal liberty, rights, and self-sovereignty, all of which are characteristics of Bitcoin. Bitcoin will prosper in America, I believe since it is a natural marriage.”