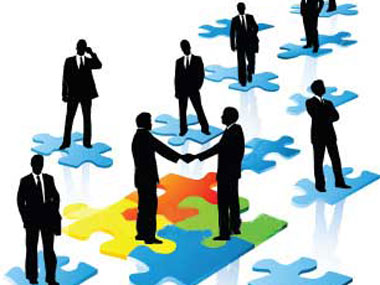 New Delhi, Jun 11 (PTI) : Corporate India announced mergers and acquisitions worth USD 2 billion through 47 deals in May, a decline of 54 per cent in value terms, says a report.

In May 2014, there were 52 transactions worth USD 4.38 billion, the report by Grant Thornton said.

According to the assurance, tax and advisory firm, the deal tally in the first five months of this year amounted to USD 8.83 billion. The tally in January-May 2014 stood at USD 15.70 billion.

As compared to April, deal activity in May fell (both in terms of volume and value), and the decline can be attributed to lower domestic and inbound M&A deal values primarily due to fewer big-ticket deals this month, compared to May 2014.

“M&A activity has been trending downwards both in terms of volume and value, possibly because year-end financial results of companies have been below estimates and thus balance sheets continue to be in the red,” Prashant Mehra – Partner at Grant Thornton India LLP said.

This handicap limits the internal accrual ability to fund domestic transactions and the lack of debt availability for acquisition financing further magnifies the limitation, he said.

Sector-wise, the retail and consumer sector witnessed deals worth USD 1 billion as large consolidations and internal restructuring are driving up the deal value in this segment.

Other top deals of the month include Bharti Enterprises acquiring 4.2 per cent stake of Vodafone in group company Bharti Airtel for USD 200 million.