Moonbirds become the top NFT collection with over $281 million

Moonbirds NFTs holders have the access to Proof Collective, a private members-only collective of 1,000 dedicated NFT collectors and artists.

Moonbirds NFT collection has made headlines in the past few days following the weekend’s debut. According to NFT data provided by CryptoSlam.io, Moonbirds NFTs have reported sales of $292,306,801 since Saturday’s launch. Thereby earning the fourteenth position on CryptoSlam by sales. 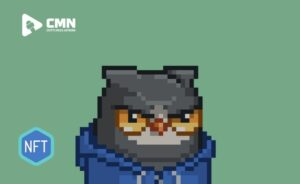 Otherwise, there are NFT leaders including Axie Infinity, CryptoPunks, and Bored Ape Yacht Club with $4.1 Billion, $2.1 billion, and $1.78 billion in sales respectively. Indeed the NFT market has gained notable traction in the past few years.

Nevertheless, the NFT Collection has successfully been ranked above hundreds of other NFT projects. Additionally, some of these projects have been in existence for an extended period.

The determinant factors are the utility aspect and the investor backing. NFT projects with wealthy investors are likely to survive the adoption and growth phase. Furthermore, most of them are tied with real-world utilities.

MoonBirds represents a collection of 10,000 PFPs with utility that feature a richly diverse and unique pool of rarity-powered traits.

With a floor price of 18.5000 ETH recorded over the last 7 days, the sale volume for the NFT totaled $268 million with over 10,000 buyers. In the last 24 hours however, the project appeared to have lost traction with its sale volume down to $60 million representing a near 71% decline.

Similarly, in the last 24 hours, the number of active wallets holding the NFT was 2,647, as opposed to the 13,370 active wallets that interacted with the NFT project in the past week. This  represents a decline of over 75%.

The Mutant Ape Yacht Club (MAYC) and the Bored Ape Yacht Club (BAYC) are NFT projects that have a history of high sales volume in the past. A consideration of how these projects fared within 7 days of their respective launches when compared with MoonBirds is worthy of note.