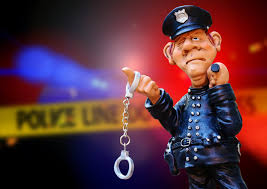 More than 200 Arrested In Bank Scam In China.
Home
News

More than 200 Arrested In Bank Scam In China.

Around 234 people have been arrested for their alleged involvement in the economic fraud in the banks located in the rural area of the Henan state in China,  as per reports from regional media on Monday.

As per the city police of Xuchang, a considerable amount of advancement has been made in the case. The police have succeeded in finding back the principal amount along with recovering the losses.

The scam came to the fore when the Henan national branch of China rendered that the money deposited by people is an investment product and does not contain the option of taking it back.  In the second week of July this year, more than 1000 people registered their dissatisfaction by standing in front of the people’s bank of China as a mark of dissatisfaction against the given anomalies.

Local authorities said they are repaying more victims, on top of the 18 billion yuan doled out as of mid-August. Investors with deposits of 400,000 yuan to 500,000 yuan will be repaid starting early Tuesday, the authorities said.

Fraudsters Behind The Scam

As per the statement by the Xuchang city police, a fraudster led by Lyu Yi is behind the fraud. The fraudsters who are believed to have been involved in numerous other crimes, reportedly controlled four rural banks illegally which also included Xinminsheng village bank. A regional daily quoted police that, the probe is going on legally.

The probe achieved shared through local authorities, the Lyu Yi fraudsters have been involved in fraud activities since 2011. The fraudsters controlled many of the rural banks for this purpose. Those who have lost more will be getting an initial sum of 500,000 yuan with the remainder reserved for now.

In the first week of July, more than 1000 those who deposited protested by gathering outside the central bank of China in Zhengzhou. A few of the customers also reported a change in their health code. By the end of the next month, four arrests were made of officials who misused their power in Changing codes. Those protesting have demanded intense action against the fraudsters.