Moscow battles big tech to gain control There are attempts to retaliate by trying to fight tech giants like Google and Facebook to gain more control. 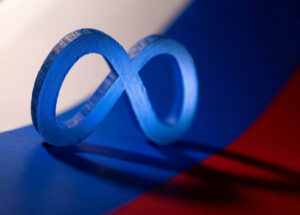 With the war of Russian missiles raining down Ukraine, a similar battle is fought simultaneously on the online platform. Peculiar as it is, the war over the airwaves seems to have the identical sense of turbulence as the one on field. Moscow escalated efforts to take control of the narrative carving out in the platforms tech and news media. This happens as tech giants like Meta’s Facebook and Alphabet’s Google imposed restrictions on Russia’s state media channels around the world, especially Ukraine.

As a result, Putin placed a partial block on Facebook in reaction to Meta’s refusal to an official request. The request was to cease the independent checking facts of the several state media channels of Russia. The restrictions came in the manner that the loading of media slowed down on Facebook and Messenger. Similarly, Twitter also remained slow, with websites like Kremlin’s kremlin.ru suffering outages recently. The risk these platforms are taking could prove to be the final step in this confrontation with Russia, which seeks to protect its media while censoring dissidents.

Some of the main social media and video streaming platforms like TikTok, Facebook and Twitch are facing challenges while trying to censor false information. Such information on the platforms are based on the current conflict which includes misleading footage going viral. Big Tech’s face the pressure of looking into the Ukrainian officials’ demand and fulfil the requirements of Russia’s new regulations at the same time.

“Mark Zuckerberg, while you create Metaverse – Russia ruins real life in Ukraine! We ask you to ban access to @facebookapp and @instagram from Russia – as long as tanks and missiles attack our kindergartens and hospitals!” Ukrainian Vice Prime Minister Mykhailo Fedorov wrote on Twitter on Sunday.

Russia’s clash with the tech giants is seen to increase as Moscow’s set deadline comes closer. The deadline was for all international big techs to follow a new regulations that entails the requirement for them to organise official representation in Russia. Ahead of this, Roskomnadzor, Russia’s communications regulator confirmed that Apple Inc. and Spotify, had completed three fields under these law requirements. In the past few weeks, Russia has extended the threat to this company to ban advertising if they do not follow the rules.

Various social media and video streaming platforms, continuously impose restrictions on Russian media. At the same time, tech companies fight to maintain a balance to follow Ukrainian requests and Russian regulations at the same time. Tech giants continuously place restrictions against selling ads, mobile download of such apps. The new sanctions placed by the US and other nations indicate that the fight between the tech companies and Russia is bound to last for a while.