Mobile Premier Leagues in Talks to Receive Funding From FTX The new funding would place their valuation at $2.5 billion USD

Mobile Premier League (MPL), a Bangalore based start-up is India’s largest Esports community which has released over sixty games including the wildly popular fantasy cricket game which takes the country by the storm whenever an IPL season rolls around.

The start-up is currently in constant talks with multiple investors around the world. One of these potential funders is FTX, a cryptocurrency exchanging platform that is based out of the capital city of The Bahamas – Nassau.

MPL currently has over sixty games on their website which all revolve around the theme of sports. Many of these games are based on cricket, chess, carrom board, bike racing and so on. Lately, MPL, have revealed to their potential investors that they are looking to expand into the world of crypto by launching play to earn NFT based games. This would be India’s first game related to NFT and the blockchain in general.

A large funding, especially from an appropriate investor such as FTX could really push the company to the summit of play to earn games.

Back in September 2021, MPL raised $150 million USD according to multiple sources. The funding was done after a pre funding valuation of $2.3 billion USD. This made MPL just the second ever unicorn in India that plays in the gaming industry. A unicorn is any start-up that is worth over a billion dollar. 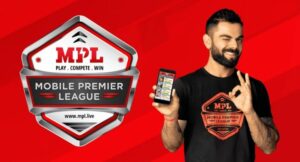 The first ever unicorn in India’s gaming industry is Dream Sports which is a direct rival to MPL. As of November 2021, the company was valued at $8 billion USD which means that MPL still has a long way to go to catch up to their rivals.

MPL however has something Dream Sports currently does not and that is operations outside of India. The company recently commenced operations in the USA and also crossed the two-year mark for operations in Indonesia.

According to various sources, as MPL is looking to strike a deal with the right investors, the company is looking to raise funds at a valuation of $2.5 billion USD, 200 million USD more than their valuation back in September.

As Dream Sports also look to bag a funding from various NFT start-ups only time will tell which firm will dominate this new space of Esports.