A private bank which has offices in Thane and Palghar which are areas in Mumbai, got their servers illegally breached by a group of hackers. The group was able to make away with Rs. 2.59 crores from many different bank accounts. According to official reports the hacking happened on June the 24th when money was transferred from a few accounts to various other accounts. 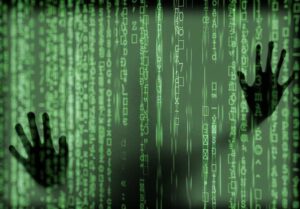 However, the case was only filed 3 days later on 27th June.

The commercial bank is a one that is based in Mumbai with its head quarters situated in the city too. The people working at the financial institution came to the realisation that there was an issue with their digital transactions system that occurred for a few days straight and then came to a cease according to the police. After that, the employees came to realise that some of the accounts were illegally breached around Rs. 2.6 crores were wiped out of many of their customer’s bank account and savings.

The group of hackers are still at large and even their identities and other details have not been found by the police force or the cyber crime branch.

The inspector of the force for the area, Mr. Vijay Mutkar, in a public statement stated that they are trying to figure out if the group of hackers are from the country or if they are from another country first. Around 5 accounts of the commercial bank have been compromised. The amounts that were being siphoned out were then split up and sent to many other bank accounts. They have now joined forced with the cyber crime unit of the city and are working on the issue.

Although digitisation has taken place at an extremely fast pace in the country which was only exacerbated by the coronavirus pandemic, technology to protect it has been lacking with not much development and not much care given to it.

The digital world hosts some of the most valuable things in the world such as data and money and the country have to collectively find a way to keep them as secure as possible. India is no stranger to being attacked by groups of hackers, but they have to find a way to form a strong defence against.

A case has now been filed by the police force of Mumbai under parts of the Information Technology Act. Hopefully, the hackers are caught and the money gets sent back to the people soon.