So much has happened ever since. He was on the extent of acquiring Twitter after months of back-and-forth and alleged plans to lay off 75% of its staff if the contract goes through. He had a confidential meeting  with one of his employees and was rumoured to have an affair with Nicole Shanahan, the soon-to-be ex-wife of Google cofounder Sergey Brin. However, Musk denied the rumor. 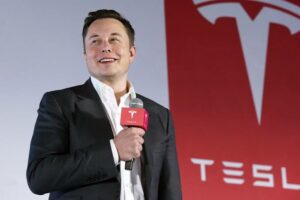 He also lost more than $100 billion from his fortune.

From its peak on November 4, 2021, Musk’s fortune has fallen nearly 35%, from $320.3 billion to $209.4 billion as of close of market Thursday–almost entirely due to a steep drop in the price of Tesla stock. This month itself, Musk’s fortune is down by $28 billion. In quarterly earnings recorded on Wednesday, the electric car maker’s revenue still fell short of some analyst expectations. Add in worries about a possible recession, and investors are spooked.

Matt Maley, chief market strategist at Miller Tabak + Co., in an email, “He sells high-priced cars, so a recession will not be good for his business.”

Musk is still the wealthiest person in the world, even after his fortune took such a dramatic turn. He’s $60 billion wealthier than LVMH chief Bernard Arnault and $71 billion richer than Amazon founder Jeff Bezos. When he surpassed Bezos last year, he casually joked  Forbes in an email that he wanted to send Bezos a giant statue with the digit 2. 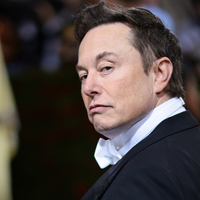 Wedbush analyst Dan Ives said in an email, “The problem for Tesla investors is that more stock sales are likely by Musk to fund this deal, which we believe will go down as one of the worst, most overpaid M&A deals in the history of the market.”