We expect it to be in good condition whenever we visit a place. However, the question is, do we leave a place better/cleaner than it was when we went there? Probably not! But the Japanese are different, and this time the fans won our hearts after cleaning the stadium in Qatar after the match with Ecuador. 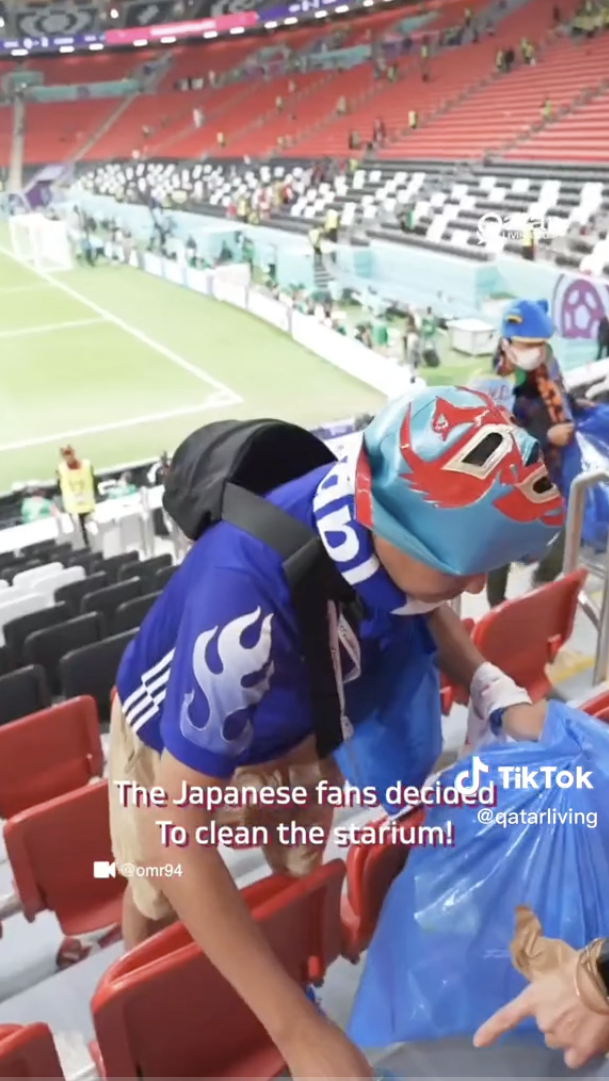 Qatarliving, a Tiktok channel, recently posted a video showing how the Japanese fans didn’t leave after the match and were clearing the entire stadium.

He starts the video by saying, “Someone convince me that This is normal!”

You know, the best part is that it’s not even Japan’s match, nor their country, but they want to leave the place as it was when they came there.

One of the Japanese ladies in the video said, “We never leave, Japanese never leave rubbish behind us. We respect the place.” 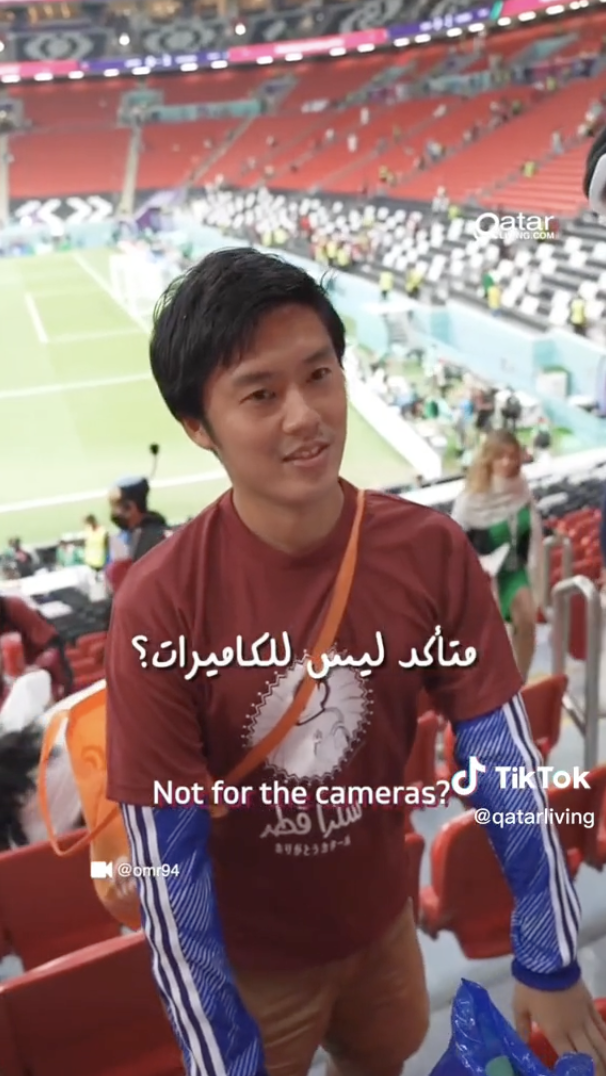 And you know the best part is that not one or two people were generous to help. Japanese people all around the station were cleaning.

They were also picking up flags from the ground and chairs because it was a sign of disrespect.

I am so impressed watching this video; it gave me so much to learn. One of the viewers commented that this is one aspect we should learn from Japanese people. And this is not the first time they are doing this. Multiple viewers pointed out that they did it in the last world cup and during the Olympics.

What are your thoughts as the Japanese fans won hearts after cleaning the stadium? And do you think we can take inspiration from this and follow in their footsteps? Let us know in the comment below. And, if you found our content informative, share it with your family and friends.