Musk Sells another $1 billion worth of Tesla Shares Elon Musk sold $1.02 billion of Tesla Inc. shares, according to a filing with the U.S. Securities & Exchange Commission.

Tesla and SpaceX CEO Elon Musk has sold another 934,090 shares, or about $1.02 billion worth of his holdings, in his electric car company according to financial filings published late Tuesday. 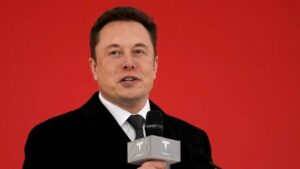 Tesla Inc. is in a strong position heading into 2022, with catalysts including robust Chinese demand and new factory openings in the U.S. and Germany, according to Wedbush.

Shares in the electric-vehicle maker have almost 30% upside over the next 12 months, analyst Daniel Ives wrote in a note. He expects component shortages to ease next year, allowing Tesla to better meet growing demand in China, while new factories in Austin, Texas, and Berlin should alleviate global production bottlenecks.

Musk also exercised options to buy nearly 1.6 million Tesla shares at a strike price of $6.24 per share, granted to him via a 2012 compensation package.

The celeb-CEO polled his tens of millions of Twitter followers in the first week of November asking if he should sell 10% of his stake in Tesla. They voted yes. But a major portion of the sales that followed the entertaining Twitter poll was part of a plan that Musk adopted in September this year.

“The linchpin to the overall bull thesis on Tesla remains China, which we estimate will represent 40% of deliveries for the EV maker in 2022,” Ives said, reiterating his outperform rating and $1,400 price target.

That wealth is derived from Musk’s ownership stakes in Tesla and SpaceX. He currently doesn’t take a salary or cash bonuses and had not sold a large number of shares in Tesla until this year. He had, instead, taken out sizable loans against a portion of his Tesla shares.

Since taxpayers only pay taxes on income or stock once it is sold. Musk never paid a large amount in taxes annually relative to his net worth.

Earlier this month, Sen. Elizabeth Warren, D-Mass., tweeted that Musk was “freeloading off everyone else,” since he didn’t pay federal income taxes in 2018.

“There are still a few tranches left, but almost done,” he tweeted later.

Under the Rule 10b5-1 trading plan set up in September. He has exercised stock options that expire next year and sold a portion of the stocks to pay taxes, according to Tesla filings.

Following a flurry of sales, Musk still has about 1.5 million stock options that expire in August next year. Tesla shares extended gains, rising more than 5% on Thursday after ending 7.5% higher the previous session.