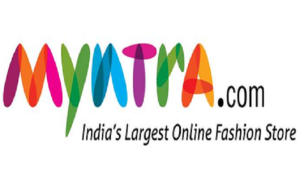 1 February, 2016, India: Taking a positive move to explore the US market, Myntra, the fashion brand of Flipkart is embarking on a journey to discover one of the biggest markets of the world, USA. This step clearly indicates that Flipkart is looking very positive about stretching its arms globally.

Flipkart, after acquiring Myntra in 2014, has used the platform to test new technologies and business areas. The move certainly has raised many eyebrows in the market as the online fashion brand is already losing its sheen in the Indian  market. Company’s plan of exploring the US market’s news was revealed during the submission of its annual report filled with Registrar of Companies (RoC).

Reportedly, Myntra has suffered continuous losses. Company’s business has declined year-by-year and as compared to last year, its losses have jumped to four folds. According to the market experts, company’s aggressive marketing campaign and over spending on advertising are the major causes behind the loss. Now with this plans, company will be directly locking its horns with another business giant of the country Reliance as it also plans to enter into the US market.

Last year, Ananth Narayanan, CEO, Myntra said, “The nuance is that I will push for Ebitda (earnings before interest, taxes, depreciation and amortisation) profitability because that is important for a sustainable business model. I also want to make sure we are investing for the next 10 years, as the business will be 10-fold. Currently, we are at US $550 million gross merchandise value (GMV). Next year, we will become $1 billion but we have to ensure we’re building the organisation for a $2-3 billion GMV.”