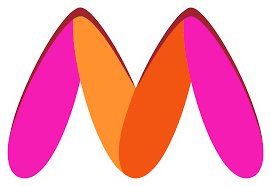 According to reports, Myntra is planning to hire 16, 000 people. The recruitments are believed to be carried out– directly and indirectly. The hiring is believed to be taking place to soak in the work pressure expected to increase due to the coming festival seasons. The month of October contains two important festivals namely, Dussehra and Diwali.

Myntra which primarily deals with clothing and lifestyle products was purchased by Flipkart in the year 2014. The about section of Myntra says that the company sells products from more than 500 brands.

Hiring From Tier 2 And Tier 3 Cities

As per reports, the subsidiary company of Flipkart is going to hire close to 6,3 00 workers to aid in logistics of the first and middle mile, the other 3000 would be asked to assist in the last-mile deliveries of logistics. According to the statement from the company, it has pledged to hire around 2500 women workers as well. The company has further, said that it is also going to hire around 300 differently-abled persons. Reportedly the reports most of the workers, hired these festive seasons are expected to be coming from tier 2 and tier 3 cities.

According to reports, this is the company’s highest festive addition post-2021, when it hired 11, 000 workers. Reportedly, the 16000 newly hired would be assigned work in direct and indirect roles, the majority of them being hired indirect roles.

According to the human resources chief of the company, this year’s festive season is believed to be celebrated in full display. The human resource head said that the previous two years saw very low profile celebrations of the festivals due to covid. The chief said that the shopping site is readying itself for orders from its customers, who would be shopping from its site this year.

Nupur Nagpal, chief human resources officer of Myntra, said, “This year, the festivity is expected to be seen in all its glory, after nearly two years of being celebrated in close groups. Our preparations are in full swing to cater to the high demand from our customers eagerly waiting to shop on Myntra for their festive needs.”

According to reports on e-commerce, companies hire people owing to work demands. Some of these workers also manage to get a permanent job.