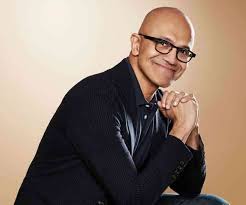 Satya Nadella succeeds John Thompson as Board Chairman of Microsoft

Over seven years ago, Satya Nadella had become the CEO at Microsoft, succeeding Steve Ballmer. And now, the tech giant has decided to give him a promotion of sorts, making him the Board Chairman, in a move which will likely bolster his hold on the tech industry, as the new leader in its fullest right of the biggest software company in the world.

Releasing a statement to the effect on Wednesday, Microsoft revealed that Nadella, who is currently 53, will succeed John Thompson, who by the way, will be returning to his original role as the firm’s lead independent director. He has slowly been letting go of his duties as the Chairman, over the past few years. The decision comes after months of discussions between the two company leaders.

Thompson had taken over the role of Chairperson from co-founder Bill Gates himself, and that means that once Nadella replaces him, he will effectively become the third Chairman the company has ever seen. Back then, Nadella had just joined the Board as CEO, and the fact that he would do well to learn the tricks from Thompson, was widely rallied. He was also the third CEO at the firm, and is the first to rise to the post of Chairperson from that of the Chief Executive (Ballmer did not have that kind of privilege, since back in his days of being CEO, Gates was still heading the Board).

Satya Nadella, in more ways than one, has breathed new life into the industry biggie, helping it come back stronger after facing failures in quick succession on the internet search and mobile phone front, along with the decrease in popularity of Windows, the premier operating system that it has under its belt. Since the beginning of his tenure as Chief Exec, Nadella decided to change the course of Microsoft’s business, steering towards mobile applications, cloud computing, and even artificial intelligence, all the while boosting the Office software to make it more amenable to cloud operating.

Following these key business moves, the company saw a steep hike of as much as sevenfold in its shares, along with a rise in its market value (which now comes close to $2 trillion), reclaiming its spot among the biggest tech players in the world.

While Nadella now wears the cap of Chairman, Thompson will continue overseeing his acts in terms of compensation, succession planning, governance and board operations, as per the statement.