Namita Thapar of Shark Tank India Rights One of Her Biggest Regrets She revealed that saw around 170 pitches and invested Rs. 10 crore in 25 companies.

Namita Thapar is one of the ‘sharks’ in the Indian TV reality show known as ‘Shark Tank’. Shark Tank is a show where entrepreneurs and founders of start-up can pitch their business idea in hopes that one of the ‘sharks’ invest in them, so they gain an experienced and successful businessman as a vested investor and mentor.

The sharks of the company are four Indian business people who are very successful and are at the top of their respective fields. They have experience as venture capitalists and know how to build a start-up from the ground up. They will also have many contacts which will be invaluable for the start-up for their growth and revenue.

One of the sharks in the show is Namita Thapar, posted on Instagram, saying that she rejected the offer to invest in a company known as farmer Pandurang Taware’s Agro Tourism company. After the show, she then approached the company and offered to invest in them and the company gladly invited it. 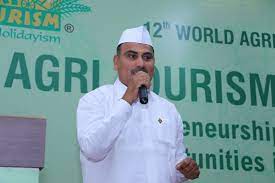 She went on Instagram to speak about the company she regretted not putting money into and it made her go back to the two farmers based in the state of Maharashtra. Not only does she believe in the company but the company even helps farmer across the India with the money they make. Farmer are the backbone to the country’s functioning and hence she is proud of the investments that she has made.

Many of the business woman’s followers and fans commented on that particular post expressing happiness and pride that she has invested in such a positive company that is looking to help such an important neglected industry as well help villages grow as they are completely dependent on agriculture. The agricultural industry has recently had lot of hard times with the hot climate, a lack of water, difficulty in the supply chain, the coronavirus pandemic along with the lockdowns, and various government laws which make it difficult for many farmers to avoid losses during hard times.

The shark had even announced that over 170 different businesses have pitched their business idea to them asking for an investment and she invested in around twenty-five Indian start-ups investing around Rs. 10 crores. 70% of her investments were done during the show and the remaining 30% was done after the show without any cameras.

The investment of the agro company seems to be a great one as they look forward to work together to help farmers and villages across the country.