At a time when any false news about COVID vaccinations can lead to widespread panic and fear, social media platforms have decided to pull the reins tighter around the spread of any vaccine misinformation. In light of the same, American author Dr. Naomi Wolf has had her Twitter account suspended on charges of spreading false information about the vaccines. 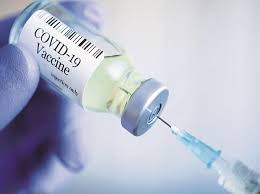 A Series of Anti-Vaxx Tweets

Dr. Wolf is best known for her critically-acclaimed feminist book The Beauty Myth. She recently posted a whole plethora of baseless theories about COVID vaccines. In one such tweet, she calls the vaccine shots a “software platform” capable of receiving uploads. She also took to comparing Dr. Anthony Fauci, the United States’ top COVID advisor, to Satan.

However, the tweet that finally resulted in the prosecution of Twitter’s part was the most recent, and claimed that the urine and faeces of vaccinated people needed to be separated separated from general sewage, while tests were carried out to ascertain the impact on non-vaccinated people, by means of drinking water.

Additionally, she was also fooled into tweeting a made-up, false quote, and that too, upon a photo of an American adult film star who was posing to be a doctor.

Many people have taken her suspension in a positive light, with Prof. Gavin Yamey, who called her tweets “horrific, dangerous anti-vaxx nonsense”, being one of them. Nevertheless, there are also people questioning the move on grounds of the freedom of speech.

It seems that the content created by Dr. Naomi Wolf is prone to authentication and accuracy issues every now and then. Back in 2019, the publisher of one of her books had canceled its release following accuracy concerns. Later, during a BBC interview, the author admitted to having misinterpreted the legal terms, written in 19th century English, in her book.