With Twitter being banned in Nigeria but still being accessible in some parts of the country, the nation’s government has announced that citizens who are found using the service will be prosecuted.

The news was announced by Abubakar Malami, the Attorney General and Minister of Justice in Nigeria, through through spokesperson on Saturday. The new stance will be applicable to both, organizations and individuals. 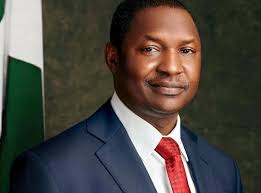 For the unversed, the country had announced last week that it will be suspending Twitter indefinitely, after the social networking platform was allegedly used for “activities capable of undermining Nigeria’s corporate existence.” The move was not taken very well by citizens as well as by the world in general.

Nevertheless, since the app and website were still available to users in certain parts of Nigeria, Malami threatened to take legal action against anyone who uses it.

One may note that earlier last week, President Muhammadu Buhari had also threatened to prosecute people holding secessionist views in the country’s southeast region. He had cited the Nigeria-Biafra civil war in the country that had lasted for a total of 30 months between 1967-1970, and had called for treating “misbehaving” individuals in a “language they understand”.

Twitter responded to the suspension, saying that it is quite “concerned” about the issue. It further added that access to “free and #OpenInternet” is a basic human right in today’s society, and that the platform will be working to “restore access” for all the people in Nigeria who rely on the social network.

The move to ban Twitter has been criticized by Amnesty International Nigeria, who has said that the platform is very popular among people for exercising their rights to “freedom of expression and access to information”.

On the other hand, the move has also been condemned by the Nigerian Bar Association, which claims that the government has no constitutional or legal power to ban Twitter.