The Chinese gaming corporation, NetEase got in trouble with examiners of China over a post that is assumed to be indicating to the Winnie the Pooh. In China, people use Winnie the Pooh as a cite to express their contempt toward President Xi Jinping. The stakes of the corporation went down right after this incident. 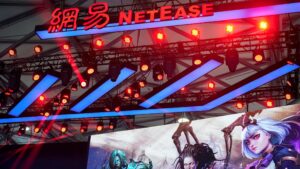 Last weekend the gaming company announced that it will be launching its epic game Diablo Immortal a little late in Asia than expected which led to the fall of shares by 9% in the morning.

NetEase and Activision Blizzard developed the epic game, where more than a single player can play it together online. It was previously set to be launched on June 23 but on June 19 the gaming Corporation asserted that the launch date is postponed in order to improve and maximize the gaming experience for its consumers.

The information regarding the postponement got spread over the internet as a screenshot of the game’s official Weibo ID’s post published back in May with the caption ” Why hasn’t the bear stepped down”. People took this statement as a remark for taunting the President of the nation as he is scoffingly cited as the famous Disney character Winnie the Pooh.

The controversial caption of the post led to the embargo of the game’s official ID from publishing anything on Weibo. China’s extremely vigilant examiners also deleted all the negotiations citing the bear statement.

The leaders of China also raised a problem with the announcement made by the corporation on June 18 about the delay in the launch of the game as the new date announced for the game’s Asian launch was Taiwan-time 8 July.

One of the residents of the nation wrote in his Weibo post that the country has pledged to quash every single effort made by Taiwan to gain its Independence and if given a choice between the epic game and his nation he will always choose his motherland.

The gaming corporation refused to give any remark on this concern.

The Country’s stern measure on tech corporations already affects the gaming companies. Since July 2021 the officials of China have put permission for the launch of new games on hold all over the nation. In August 2021, a new rule was passed all over the nation which allowed the minors to play online games only for three hours a week. This step had a huge impact on gaming corporations and their shares got damaged, reducing their net value.