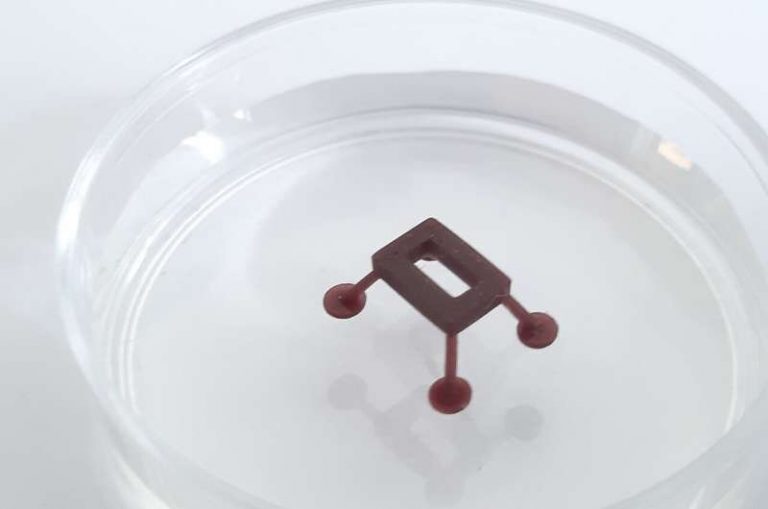 Robotics field has always been interesting in the kind of work they do. Robots are now being incorporated in almost all sectors as they have the ability to carry out a task without making any error and can work efficiently on given duty. Robots are also used to carry out work such as data collection from areas containing extreme climate that the humans cannot withstand.

Now a new robot has been developed by researchers from the TIPs laboratory of the ULB in Belgium and the AS2M department from the FEMTO-ST institute in France. The name of this new robot is ThermoBot. ThermoBot is a laser controlled micro sized robot capable of floating on water surface.

The TIPs laboratory specialises in the study of transport phenomena and fluid interfaces and the AS2M department from the FEMTO-ST institute specialises in micro robotics.

The field of robotics has not yet fully explored the interface between water and air. This robot functions by combining interfacial phenomena and robotics, the researchers were able to use this flow in order to displace floating components in a controlled manner.

There is a huge trend of miniaturisation happening in the market. Most of the electronic equipment is shrinking in size and getting smaller and smaller. There is not one solid reason behind this phenomenon. It could be because people are using more equipment than before and hence require it to be smaller for the ease of carrying.

Another reason might be that the general public are now familiarised with high tech electronics. Thus they do not require big equipment showcasing clear buttons and other directions. It also gives such items a sleek look and makes it look appealing.

In order to carry out the handling and assembly of small and sometimes fragile components a new sector was born namely, micro assembly. This sector is a combination of two fields, applied physics and control engineering.

ThermoBot can prove to be quite useful when it comes to assisting with the self assembly of particles. This could be a huge step towards micro manufacturing with the air water interface.

This robot is a combination of physics (capillarity) and engineering (robotics). It was a result of long term joint efforts between Pierre Lambert at ULB and Aude Bolopion and Michael Gauthier at FEMTO-ST.

Since the past few decades the world of science and robotics has seen tremendous growth and development. The innovations and discoveries in this field has proved to be quite important and helpful for mankind. Nowadays robots are functioning in almost all sectors carrying out tasks which might be too dangerous for humans.

Also, robots come in all shapes and sizes which make it quite easy for them to navigate the hard to reach areas which humans are not capable of reaching. As the time passes by, humans are getting more and more accustomed to robots and have started trusting them.

Keeping this entire scenario in mind it will be interesting to see what this field has to offer in the future and how far humanity and robotics can go.