Next 5 big things for astrophysics after James Webb Telescope

James Webb Space Telescope became the next big thing after the lunch finally happened on Christmas day. It is not the only important space launch that is to take place in the coming years. Here are the five big things that are to be done beyond the earth’s surface that astrophysics are excited about. 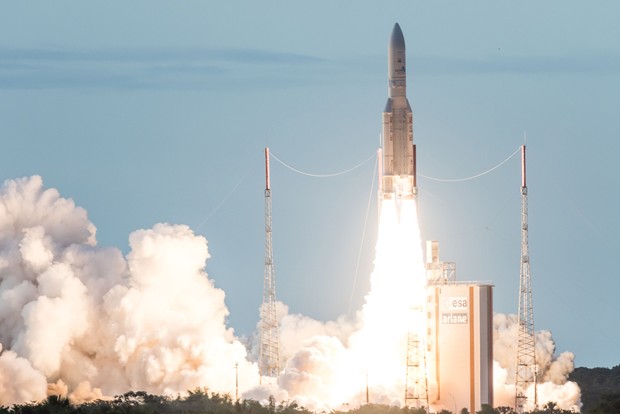 Space.com posted the top five important things beyond space are as below,

Nancy Grace Roman Telescope‘s main purpose is to connect the dots and find more about the dark energy in space. The launch is expected to happen in 2027 involving millions of galaxies to build a map of the cosmological neighborhoods. Then, Luvoir is a much bigger telescope than the James Webb Space Telescope. It will hunt for biosignatures in space on other planets. The launch is expected to be sometime in the 2030s.

While finding a planet like Earth is difficult, what would be even more crucial is inspecting and finding more about the planet. This is why HabEx is currently a hot topic for astrophysics. With the launch expected to be in 2035, it will directly image exoplanets by blocking the light of individual stars. LISA is Laser Interferometer Space Antenna, which is a space-based gravitational wave observatory. This device will be used to target gravitational wave sources that regular ground-based detectors cannot. It will be the formation of three satellites. DARE is Dark Ages Radio Explorer, that will travel to the orbit of the moon far from human intervention through radios. It will be able to explore the cosmic dark ages.

While there are various space missions that the engineerings and other involved people are working on. The above ones are highlighted by Space.com. However, this year MIT talked about the top 11 missions that are important and exciting for space enthusiasts. While the list did include James Webb Telescope, the other telescopes that were mentioned above were not particularly there.

It depends on what perspective the launches are being considered. If the crucial launches are to take place within this decade, the list changes, while the above-mentioned telescopes and equipment are about exploring space and other terrestrials. SpaceX, Blue Origin, Virgin Galactic, and many others are working on many missions. It includes various things like going to mars, going to the moon, sending civilians to space, etc. In the end, it depends on which rocket is going to be built first. The James Webb Telescope was launched after many delays. Safety and the ability of the rocket are all considered for a mission to be sucessful.