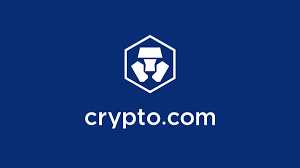 CryptoCom’s CEO blasted CoinMarketCap for not accurately reporting transaction volume in a tweet on Christmas Day. Merry Christmas to team CoinMarketCap who, a week after my response to their poorly worded tweet, arbitrarily reduced our exchange ranking to 14th. We are 2nd/3rd on CoinGecko, so you guys know where to look for real and market-neutral data. – He said.

CryptoCom is currently ranked number 14 on CoinMarketCap, with $1.8 billion in trading volume over the last 24 hours. Meanwhile, CoinGecko reported a $3.1 billion trade volume, putting them in third place. The “poorly phrased tweet” Marszalek alludes to is from December 15th, when the two had an interaction that ended with him saying, “We’re already working on removing CoinMarketCap’s inaccurate pricing feed from our product.”

The main source of the complaints appears to be a malfunction that CoinMarketCap experienced at the time. A bug on the CoinMarketCap website caused outrageously high gains in the most major cryptocurrencies, as reported by CryptoPotato, affecting all crypto services that rely on its data to reflect fiat prices and balances.

For many cryptocurrency holders, December 14, 2021, was the happiest day of their lives, even if it was only for a few minutes. Thanks to Coinmarketcap for making this possible.

Due to a malfunction in Coinmarketcap, the most popular price aggregator in the cryptocurrency business, price surges in the billions of dollars began to appear.

Other service providers were impacted by the price inconsistencies. Users of some cryptocurrency wallets (such as Jax) that get data from Coinmarketcap also reported that their fiat balances had soared to new heights – however, it’s worth noting that crypto balances stayed stable.

Similarly, certain cryptocurrency price tracking websites were impacted. Cryptocurrency prices, for example, have risen by trillions of dollars on CNBC, but Bitcoin has plummeted to the $30K range on Yahoo Finance.

Everything points to an API problem based on its characteristics. There was no unusual behavior or significant price volatility on any of the exchanges. The Coinmarketcap staff was able to correct the problem a few minutes after it was discovered, restoring normalcy.

Also read: How to refresh metadata on OpenSea