Nike and RTFKT Studios finally revealed what’s inside the MNLTH

In February, the virtual fashion start-up, which Nike acquired last year, had released a non-fungible token it called the MNLTH, a metallic cube bearing both the RTFKT and Nike logos. Since then, owners of the MNLTH NFTs have been completing “quests” RTFKT posted on Twitter and in its Discord channel in order to discover what was inside.

The answer, revealed today, was a pair of virtual Nike Dunk sneakers whose look owners appear to be able to change with different digital skins. Opening the MNLTH yielded the sneakers, one “skin vial” and another MNLTH, suggesting future reveals to come. 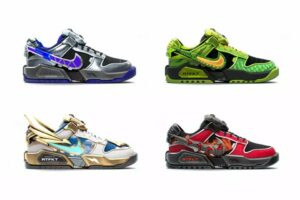 RTFKT has emerged as one of the most prominent names in the NFT space, releasing collaborations with different partners that fetch high prices online. One NFT from its collection with artist Takashi Murakami sold for more than $1 million in February.

The market for NFTs has cooled some since a surge last year, but many brands are still just getting started exploring the space. Gucci and Adidas, for instance, have released their own NFTs that serve as digital collectables but also have features of membership programmes, granting owners access to different perks.

On top of the RTFKT MNLTH NFTs, Nike and their subsidiary company have released a few other sets of NFTs. This follows the Oregon-based sportswear company’s takeover of the NFT studio in December 2021. Until now, they have released the future of Sneakers, powered by Vial tech, which resembles a Nike dunk, one of Nike’s most popular models. 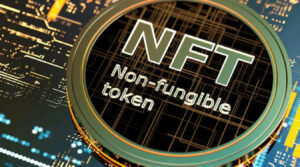 RTFKT Studios are, of course, the company behind CloneX. This is a highly popular NFT collection and without a doubt one of their biggest work yet. It was this collection that got them noticed by Nike. CloneX has a current floor price of 18.3 ETH, or $54,000. The collection, which was launched in December last year, has seen an all-time average price of 11.8 ETH on the OpenSea platform.

Nike was involved in a lawsuit revolving around their NFTs. This came as StockX made Nike-based NFTs as part of their ‘StockX Vault’, and Nike wasn’t happy. The two companies worked together in many instances, but their deal didn’t reach NFTs.

Nike has still been fairly mysterious regarding their moves in the NFT space, however, their moves until now have certainly been huge, and will surely be only the start of a massive step into the NFT space.

One Twitter user, @NFTsAreNice thought they had lost $10,000 before the floor raised and they had lost only $4,000. Their response was funny as they said: “I’m not down bad at all, good NFT, good reveal, just keeping this thread cause its funny af”