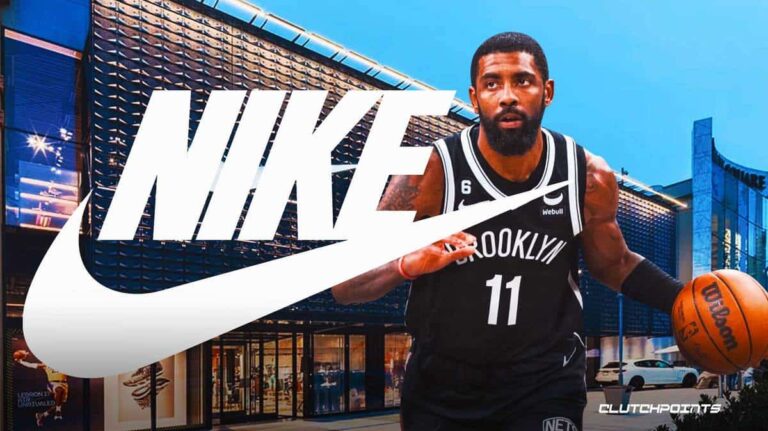 Multinational sporting brand, Nike has terminated its business relationship with renowned basketball player, Kyrie Irving. Kyrie Irving who is playing for the Brooklyn Nets of the National Basketball Association (NBA) had earlier faced severe criticism for promoting an anti-Semitic movie.

Representatives of Nike Inc based in Beaverton, Oregon, informed media outlets that Kyrie Irving was no longer a Nike athlete. The American multinational company had in November 2022 suspended its relationship with Kyrie Irving.

The company earlier told news outlets that there was no place for hate speech at Nike and that it condemns any form of antisemitism. Nike also announced that the sporting brand will no longer launch the new shoe of Kyrie Irving. An agent representing Kyrie Irving told media outlets that both Nike and the basketball player decided to part ways mutually and that they wish Nike all the best for the future.

All the controversy related to Kyrie Irving began when he shared a link to a movie filled with antisemitic tropes. Even as opposition mounted against his action, Kyrie Irving avoided it by stating that he was “aware of the negative impact of my post towards the Jewish community,”.

As Kyrie Irving showed reluctance to issue a public apology for his actions, Brooklyn Nets decided to suspend the player from playing.

Kyrie Irving later issued a direct apology for the incident which put him back on Brooklyn Nets. NBA Commissioner Adam Silver who earlier expressed disappointment with the actions of Kyrie Irving later said that said he has “no doubt” that Kyrie Irving is not antisemitic.

Nike Inc and Kyrie Irving signed the endorsement deal in 2011 which is now believed to be worth nearly 11 million dollars. Following the endorsement deal, he was named NBA Rookie of the Year in 2012. Nike was planning to launch a new branded shoe series named ‘Kyrie 8’ in November 2022 as part of a 2014 agreement where the sporting brand and Kyrie Irving would launch a signature shoe series.

This is not the first time Kyrie Irving had gotten into public controversies. In 2017, while giving an interview, he said that he believes to be earth is flat. He also believes that former US president John F. Kennedy was killed because he wanted to end the banking cartel.