NIO, Shell group jointly will carry out EV energy on a global scale

China’s NIO and the Royal Dutch Shell Group sign a deal for a strategic corporation agreement. It stated that both the companies will “carry out corporation in the field of electric field energy on a global scale.” Furthermore Shell Group made an official announcement including various details about the deal. 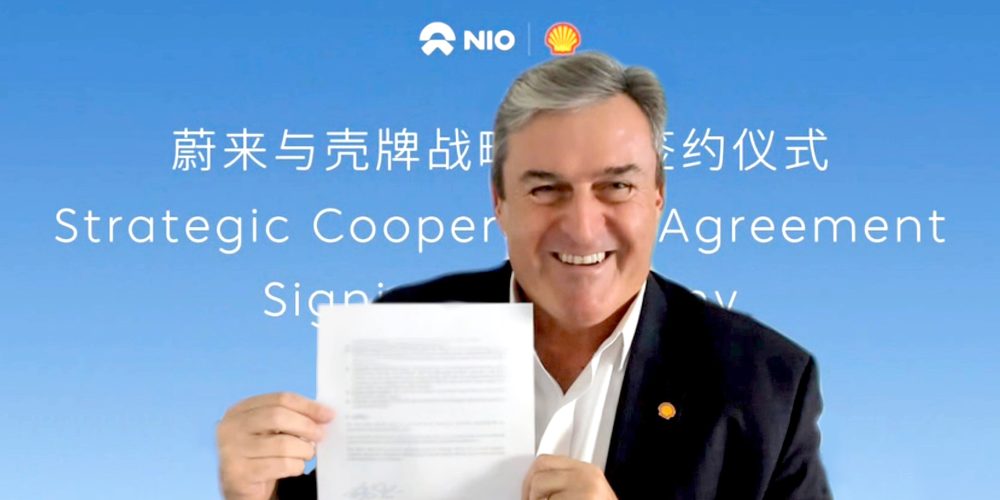 The deal includes rolling-out of co-branded battery swap technology stations and also Fast EV charging points throughout China and Europe. The rollout is expected to begin by next year. Nio is a Chinese EV maker which has been recently focusing on increasing its global presence. Known for its battery swapping technology, NIO vehicles are cheaper as customers don’t buy the battery. Currently, there are around 650 battery swapping stations in China and the EV makers are pushing further for more implementations. These include its expansion in Norway, making it one of the few companies that are expanding its battery swapping technology.

Meanwhile, the Shell Group is an oil and gas conglomerate that existed for 115 years, having a history of human rights violations and thousands of gallons of oil spills. With changing times, the company is making efforts towards clean energy. It has been working on EV infrastructure whereby 2020 it doubled its EV charging presence in Germany. There were 200 charging stations in Germany by 2020 and also purchased UK’s largest charging network, Ubitricity.

Nio made the announcement by stating, “Today, NIO announced the signing of a strategic cooperation agreement with Shell Group. The two parties will carry out cooperation in the field of electric vehicle energy on a global scale.”

Also, Shell Group made the announcement stating the following points,

Additionally, Shell and Nio share plans for their Europe expansion to integrate the former’s Recharge Mobility Service Provider(RMSP). Global Executive Vice President of Shell Mobility Executive, István Kapitány spoke about the new agreement saying, “Decarbonization is a global challenge that requires broad-reaching, multi-faceted solutions. This is the most exciting thing about our new partnership with NIO — the breadth of the collaboration and the value we can offer our EV customers together, both in Europe and in China. Together, we’ll be working to improve every aspect of the EV experience. This means we’ll offer Shell Recharge high-speed charging at NIO locations and make battery swap available at convenient Shell locations while also offering NIO customers our best home and business charging solutions.”