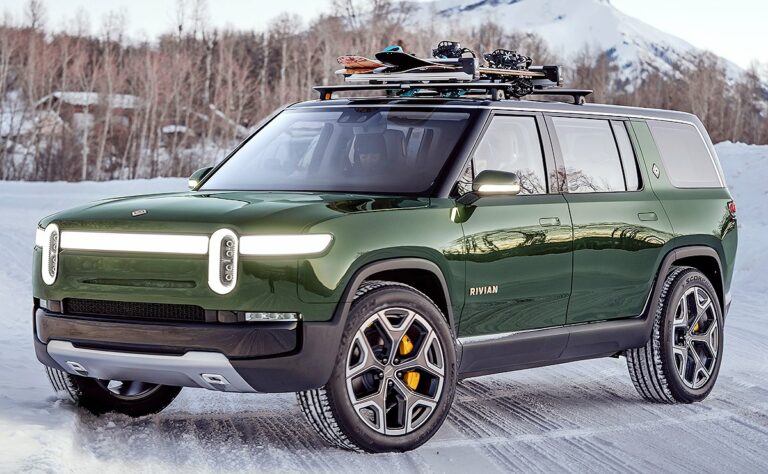 Rivian started sending out emails to R1S SUVs regarding the delayed delivery dates of their vehicles. R1S SUVs were initially planned to start deliveries by January, but now the delays time shows May- June. The announcement comes after the company’s production rate is known to be slow, after which they went through an IPO.

Initially, the Illinois factory was supposed to start deliveries by December and the first deliveries were expected by January. However, now Rivian formally announces its delay by almost 4-5 months.  However, Rivian didn’t independently inform about its delays. In the recent IPO, the company was successful by becoming a $100 billion- valued company. Also announced its plans to have a second factory in the US. More details about the second plant location were not provided.

Interestingly, it was pointed out by InsideEVs that the initial deliveries of R1S will be to the employees who booked the vehicle. It is because these vehicles manufactured will be for the launch edition, meaning non-LE SUVs will be out much later. Regular customers can expect their deliveries by 2023 as Rivian will also be focusing on R1T deliveries.

While some customers preferred waiting, some did not take the news well. A customer posted on the forum saying they canceled their reservation and another customer talked about having VW ID.4 AWD on pre-order. This backlash also comes out as the company hasn’t mentioned any specific date at which production starts. Noticing the delayed delivery of R1T the kind of reaction was expected because a further delay seems inevitable.

On the contrary, some point out that as Rivian made an individual delivery update, it is still on track with deliveries. Greencarreports stated, “On a first drive earlier this year, we found the R1T to be a near-flawless truck, with an editor calling it “the most versatile vehicle I’ve ever tested.” That bodes well for the R1S, which we already know will have a similar range in launch form, at an EPA-rated 316 miles, compared 314 miles for the R1T.”

But the company is still working on its production ability. Tesla’s Elon Musk suggested last month that Rivian could possibly focus on the first manufacturing plant instead of going for another plant just yet. Regardless Rivian is focused on its expansion, which is the mostly likely the reason for its high evaluation ranking Rivian as the second most valuable automobile company after Tesla.