Nomad’s exploit trends all over the news

Nomad is essentially a cross chain communication standard that enables cheap and secure transfers of tokens and data between chains. From a layman’s point of view, the basic operational function that the company does is to allow transfer of tokens between Avalanche, Ethereum, Evmos and Moonbeam.

Nomad bridge is getting drained, your funds might be at risk and might be able to still withdraw the remaining funds ⚠️ https://t.co/RgYmjSV9eB

From the tweet, we clearly observe the user talking about how tokens are being hacked hackers from the bridge. The user went on to appeal to the users of Nomad to withdraw all their holdings in order to save themselves from being victimized by another hack in the industry.

As a result, there were many genuine investors who went on to withdraw their investments from the token bridge in order to refrain themselves from being victimized by another scam in the cryptocurrency industry. Let’s look at a tweet below from a genuine user of the token bridge.

This is a whitehack. I plan to return the funds. Waiting for official communication from Nomad team (please provide an email id for communication). I have not swapped any assets even after knowing that USDC can be frozen. Transferred USD…https://t.co/ffWoS2kOSA

The user labelled as White Hat Hacker, tweeted that he intends to return the funds back to the token bridge, once an official confirmation comes from the Nomad team.

After the removal of tokens by the white hat do-gooders and the exploiters, the Nomad Token Bridge wallet had only $650 remaining. Over a $190 Million was moved from the bridge.

The tokens that were exploited by the exploiters was rather carried out in a peculiar fashion. For instance, more than 200 transactions totaling exactly 202,440.725413 USDC were carried out. 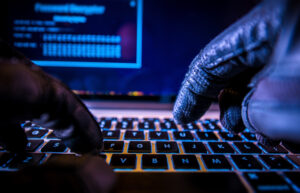 The exploitation of crypto investor’s wallets has been occurring in the industry left, right and center. As the market is growing and providing more opportunities to the investors, the same opportunities are rising for the crypto exploiters to rob them off of their crypto holdings. Though SEC and other regulatory bodies are in place trying to deal with such incidents, it would be accurate to say that, the regulatory bodies are making very miniscule difference in the market in terms of the occurrence of crypto crimes.

I believe that cryptocurrency market has a lot of potential in it to conquer the financial sector across the globe. There are two demons that stand in the way of cryptos dominance according to me. The first is the volatile nature of the market and to reduce the effects of volatility, the market needs to function in a more stable way. The second are the exploiters and hackers. If the rules and regulations are made stringent enough, then the regulatory bodies will be on their way in eradicating the mal practices from the industry.