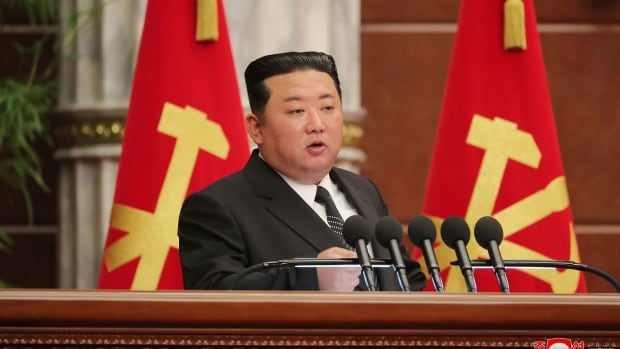 North Korea’s country leader Kim Jong-un passed a law declaring itself as a nuclear weapons state. The country’s leader stated that the decision is “irreversible” and ruled out the idea of any talks on denuclearisation. According to the law, the country has a right to use a pre-emptive nuclear strike to protect itself.

Though there are cropping sanctions, Pyongyang conducted six nuclear tests between 2006 and 2017. Furthermore, the military capability continued to be advanced, in breach of United Nations Security Council resolutions – to threaten its neighbors and potentially even bring the US mainland within striking range. Mr. Kim carried out long-range launches and nuclear tests in 2019 following two headline-grabbing but inconclusive summits with then US president Donald Trump.

Since the last interaction, the talks between the countries have been stalled. Despite the Biden administration indicating that it is willing to talk. Pyongyang hasn’t stated anything about its interest in setting up a meeting with President Joe Biden and Mr. Kim.

The White House also said its attempts to contact Pyongyang and overtures of help over its Covid outbreak had gone unanswered so far. The US reviewed its North Korea policy last year and reiterated that “complete denuclearisation” of the Korean peninsula was the goal. Mr. Biden said he would pursue it with a mix of diplomacy and “stern deterrence”. Mr. Kim responded by saying his country must prepare for both “dialogue and confrontation”.

Meanwhile, tensions on the Korean peninsula have spiked this year with Pyongyang firing a record number of ballistic missiles. South Korea and the US have responded with a volley of missiles and the largest joint military exercises on the peninsula in years.

One month ago, Mr. Kim stated, “Our armed forces are completely prepared to respond to any crisis, and our country’s nuclear war deterrent is also ready to mobilize its absolute power dutifully, exactly, and swiftly in accordance with its mission,” He accused the United States of “demonizing” North Korea to justify its hostile policies. Mr. Kim said regular U. S.-South Korea military drills that he claimed target the North highlight U. S. “double standards” and “gangster-like” aspects because it brands North Korea’s routine military activities, an apparent reference to its missile tests, as provocations or threats.

South Korea expressed “deep regret” over Mr. Kim’s threat and said it maintains a readiness to cope with any provocation by North Korea in “a powerful, effective manner.” Last month experts said that North Korea will likely intensify its threats against the U. S. and South Korea as the allies prepare to expand summertime exercises. In recent years, the South Korean and U. S. militaries have canceled or downsized some of their regular exercises due to concerns about COVID-19 and to support now-stalled U. S.-led diplomacy aimed at convincing North Korea to give up its nuclear program in return for economic and political benefits.