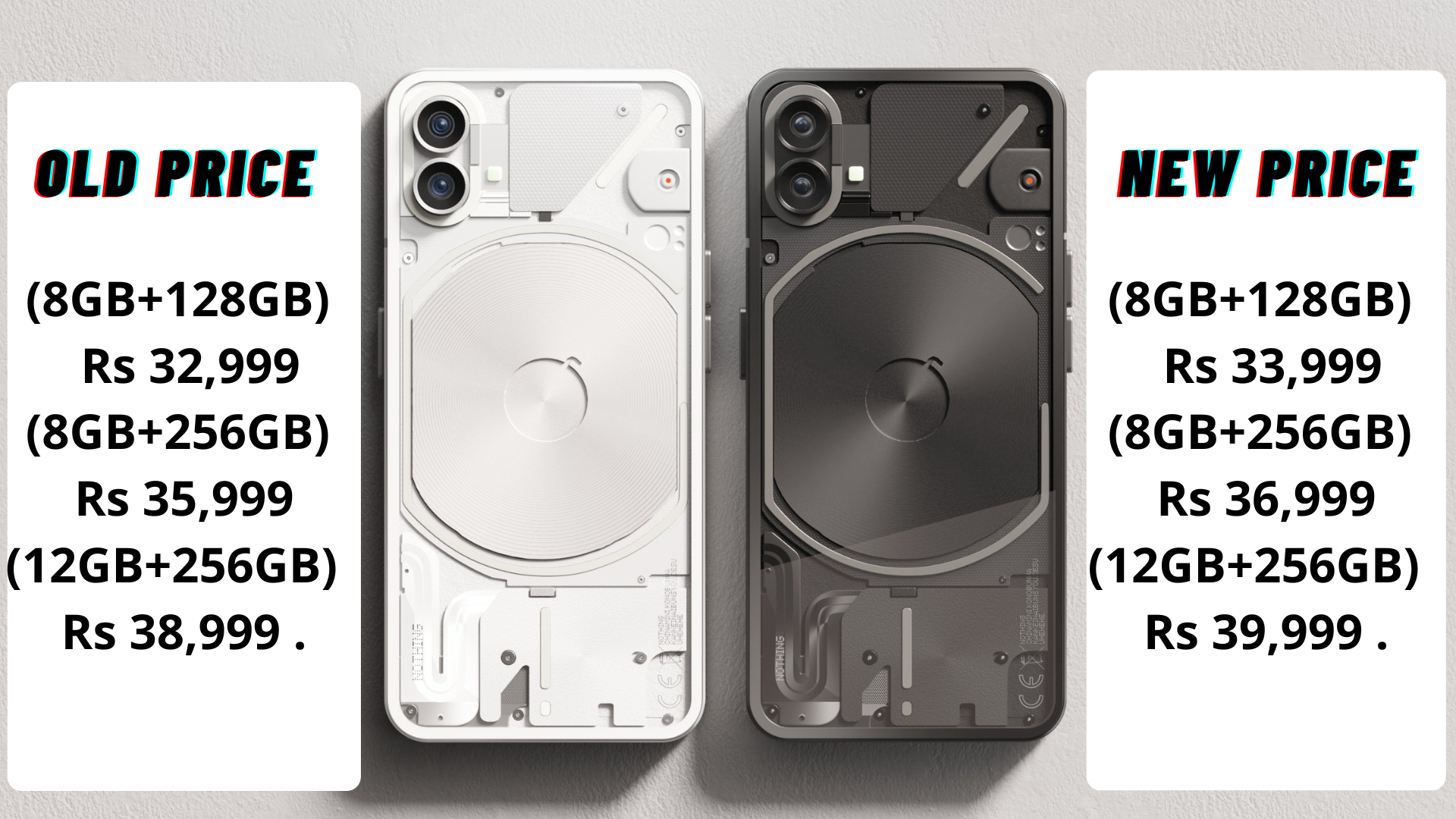 After adding so much hype about the design, specification, and more. Nothing brand finally came up with its first-ever new smartphone called the Nothing Phone (1). The main USP of the smartphone was its compelling new-looking design which showcases an attractive-looking semi-transparent design.  However, after one month of its launch, the phone has reportedly seen a price hike in Indian markets. Here is what we have got for you:

As per the latest reports, this new Nothing Phone (1) has reportedly got a price hike by Rs. 1000 and after this price hike now the base variant which comes with 8GB of RAM and also 128GB of internal storage comes for a new price of Rs. 33,999.

Then the top-end variant which has more RAM and more storage with 12GB of RAM plus 256GB of internal storage gets its price hiked to Rs. 39,999.

“There have been so many changes we witness since we started building Nothing Phone (1), this also includes all the economic factors including the fluctuation of currency exchange rates and also rising prices of components. In response to this scare, we had to make a change to our prices” said Nothing in a statement explaining its hiked pricing.

The change was just placed by Nothing, however, its partnered platform which is Flipkart hasn’t changed its pricing yet, and still, it got these smartphones for older pricing. Although the price hike wasn’t a lot it appears to bring a surprise to get this hike just a month after its launch.

What are the features you will see?

Talking about the feature side, this new Nothing Phone (1) comes with a bigger 6.55-inch screen on the front which will be an AMOLED screen having the support for a faster 120Hz refresh rate.

Also, we get to see this new smartphone coming with the latest 5G chipset which is Qualcomm’s Snapdragon 778G+, and on the camera compartment, we will get to see a bigger 50MP sensor in the rear coupled with an ultra-wide angle sensor of 50MP and on the front, you will get to see a 16MP front-facing selfie camera too.

On the battery side, you will get to see a bigger 4,500mAh capacity battery which gets the support for 33W fast wired charging too.