Now Paraguayans will pay the tuition fee in Bitcoin 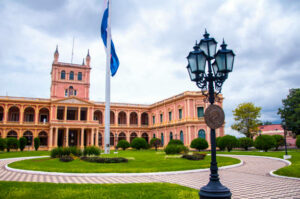 The University also mentioned that they are taking a step towards innovation with this. The University of Paraguay is one of the most renowned universities in Paraguay. The institute has a history of more than 30 years and this decision of the university to accept cryptocurrency is definitely an influential one. Though there is no clear information on how the University is planning to technically hold the tuition fee in bitcoin.

This move of the Paraguayan University is definitely gonna add support to the plan of legalizing Bitcoins in Paraguay from July onwards. The Deputy of Paraguay, Carlos Rejala recently announced that the nation is planning to adopt bitcoin as a legal tender soon and to make bitcoin the medium of exchange in the commercial industry of Paraguay.

The University of Paraguay is not the first institute to announce acceptance towards crypto. This month, the popular entertainment group of Paraguay, Grupo Cinco, also stated that they will accept Bitcoin and other cryptocurrencies soon in all 24 outlets of the group. Grupo Cinco owns a lot of restaurants, pubs, and nightclubs in Paraguay.

As more and more companies and institutions express their support towards bitcoin and simply accept the cryptocurrency as payments, now it can be expected that the bitcoin bill will pass very soon in Paraguay by Congress. It is very important to support and pass a bill for any government if there is immense local support. Rejala, who introduced the bitcoin bill in Paraguay also said that it is all about the support of the leading entrepreneurs as they have a lot of impact on the youth of the county.

“This is extremely important because it will be much easier for my fellow deputies to support the bill if there is social support at a local level,” Rejala added.