National Payments corporation Of India gave a clear-cut instruction to put a 30% cap on all the unified payment interface transactions (UPI) undertaken by any providers at large. But; the market players have brought different mechanisms to cater to this legal restriction. To know more; let’s get inside.

MORE ABOUT THE LIMIT

In March 2021; the top most authority responsible for digitized payments NPCI clearly defined that there will be a 30% cap on the UPI transactions for all the third-party app providers. The calculation of the value would be based upon the volume of transactions of preceding three months.

An entire mechanism of alerts will be followed to make the company aware of its limit in case the threshold gets extended. In case of any default the companies would be responsible for any inconvenience caused to their parties as they will have to immediately stop further on-boarding after reaching 30% limit.

After the rules went public; different reactions were experienced from the market leaders. The major players are Phone Pe and Google pay which hold a significant share of the market that is the major reason why their responses play a major role.

Initially in November2020 when things were not rock solid from the side of NPCI; Google criticized the country’s move on grounds that it will hamper the economy’s growing digital ecosystem. Many players also raised a question on how the government is categorically creating different rules for foreign & domestic players.

Later in March when rules were properly published & laid; the responses are reactions were now more defensive.

Google pay then has started to look into the reconstruction of  the market share by rearranging  its customer engagement initiatives while Phone Pe on the other hand is not ready to make any changes in its marketing for the coming year and will increase the scale as of now. 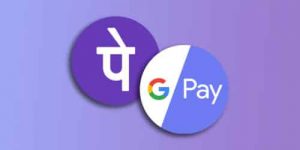 The current market share of both the players is mentioned below:

By 2023 this share needs to be below 30% to ensure a well parity situation among all the players in the market.

Phone Pe made its stand clear by stating that “We are advertising on the Indian Premier League (IPL) this year, and so are other digital payment players. We are not slowing down our marketing plans for the year. We have mentioned in the past that our vision is to get the next 500 million users to the digital payments fold, and we will continue to work on reaching that number.”

Be it any online payment transaction; the only two names that popped up were Google pay & Walmart’s Phone Pe. There are more than 30 other apps that are not even talked about. This concentration needed a strong industry regulation. That is the reason such hard steps were taken.

It’s natural when you break the market share of any company; they respond aggressively but then once they deal with the fact that it is the only solution left ; they look out for different loopholes. Enough amount of time is being given to the companies; let’s see how they fit in the new framework.